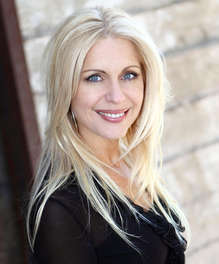 Born in Montreal, Dale Yeoman began performing in musical theatre and choral projects at age 9, going on to write and perform her own compositions. Dale is a voice instructor and vocal arranger and has worked with Desert Sky Records and Clamsville Recording Studios, has served as producer and judge for the Hot Pipes Showcase for Singers, music director for Desert Stages Theatre and as judge for the National American Miss Pageant and the Miss East Valley Outstanding Teen Competition. She studied Business Management & Marketing at McGill University and managed several businesses in design and technology, including her own art gallery in Montreal.

Dale brings a European flavor and special charisma to her performances, often including interpretations of classic jazz and torch songs from her diverse repertoire in English, French, Spanish and Italian. She has performed with George Benson and the Phoenix Symphony in the “Tribute to Nat King Cole Show” and with Dennis Rowland, former singer with the Count Basie Orchestra.