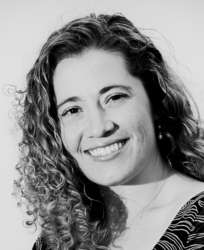 Jessica Kenlan received her Bachelor of Music degree in Music Education and Vocal Performance from the Ithaca College School of Music in Ithaca, NY. While at Ithaca, Jessica studied and worked with the world-renowned conductors and educators, Dr. Janet Galván, Lawrence Doebler, and Dr. Verna Brummett. She studied voice with Carol McAmis, whose expertise in body movement and awareness helped to develop Jessica’s musicianship and knowledge of the human voice. She recently completed her Master of Music degree in Vocal Pedagogy from the University of Southern Maine School of Music, where she studied voice with Bruce Fithian and vocal pedagogy with Ellen Chickering. She has also worked extensively with John Armstrong, using the Armstrong method of teaching music literacy through handsign solfeggio.

In 2009, she was the featured soprano soloist in the Choral Art Society’s performance of John Rutter’s Mass of the Children and has been a member of the CAS Singers and Camerata. In 2010, Jessica was the conductor of the District I 6th Grade Honors Chorus. In 2011, she had the honor of performing the National Anthem for the annual Beach to Beacon 10K Race. From 2005 to 2011, she was the director of Musica de Filia’s Lyric Choir and assistant director of the MdF Concert Choir. In March of 2013, she sang the role of Adele in the USM opera production of Die Fledermaus. As the winner of the 2013 Lillian Nordica Award, Jessica was honored to perform a solo recital at Nordica Hall in Farmington, Maine.

For 10 years, Jessica was the choral director at Freeport Middle and High Schools and recently directed the Chamber Choir of Musica de Filia. She currently maintains a private voice studio out of her home in West Falmouth, where she lives with her husband and their two children.