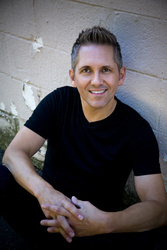 “Technique first! You can’t be a great musician if you are a lousy technician. Technique is technique. Style is style. Singers who come thru my studio learn how to sing well first and apply a great understanding of healthy, vocal technique to whatever style of music they are going to sing. My approach to singing is rather physical and I will cover a great deal of anatomy and physiology of singing. I am rather tuned in to the body/health voice relationships and make sure my students (all ages and levels) have this awareness and knowledge as well. My expectations are high and will cover style, interpretation, musicianship with a great deal of detail. My students should be serious, dedicated and ready to work hard!” – Jim Van Slyke

Jim is an Award winning singer, songwriter and recording artist, Jim has headlined celebrated, sold out appearances on concert stages around the globe including New York’s historic Friars Club, Feinstein’s at Lowes Regency, the internationally renowned Birdland Jazz Club and is thrilled to share the stage again with! Recently Jim celebrated the 10th anniversary of his Grammy nominated, debut album Open Road for which Jim received a prestigious ASCAP Songwriters' Award for the self-penned title track of this stunning recording. Jim appeared alongside such artists as Billy Joel, Audra McDonald, Justin Timberlake and John Mayer on the Grammy Ballot for Best Pop Vocal Album. The critically acclaimed success of Jim’s latest showcase, The Sedaka Show, a tribute to Pop Music Legend Neil Sedaka, has taken him to a new plateau. Neil Sedaka himself has not only joined Jim on stage for duets in Hollywood, San Francisco and New York but has also highly endorsed the tribute. Neil joined Jim in the recording studio to record two duets for Jim’s newest album “The Sedaka Sessions” celebrating the music of the pop music icon. Neil Sedaka exclaims “I’ve seen many singers over the years do my songs, but nobody has moved me more than Jim”. Regis Philbin, after seeing Jim perform and featuring him on the Regis and Kelly Show exclaimed the Sedaka Show to be “The most remarkable hour and a half of show I have ever seen!”

Other career highlights include his solo performance at The White House and being a featured entertainer for President Clinton's Inaugural Ball. Jim has played many leading roles in musical theatre and opera productions, has toured throughout the United States and Europe fronting several magnificent big bands including extensive tours with the USO and made his solo European Concert Debut with one of Germany’s premier National Symphony Orchestras singing an evening of American Musical Theatre standards. He has been presented at The Kennedy Center's Millennium Stage as a featured artist, has performed with the American Festival Pops Orchestra and The Washington National Opera under the artistic direction of Placido Domingo.