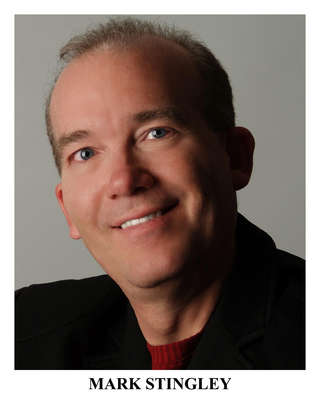 Bio: Mark Stingley is highly regarded for his impressive musical background. “The solo vocal parts were taken to fine effect and beautifully sung,” The New York Times wrote of Mr. Stingley. The Chicago Tribune said, “He has a clear, pure voice that never waivers.” He received his Bachelors Degree at the University of Kansas and continued his education at both the St. Louis Conservatory of Music and Universität für Musik und darstellende Kunst in Vienna, Austria. Prior to his tenure in Vienna, he twice received vocal fellowships from the Tanglewood Festival. While at Tanglewood, he was the recipient of the High Fidelity/Musical America Award and performed a Stephen Paulus world premiere with the Boston Symphony Orchestra. He recorded an Austrian National Radio broadcast singing Italian arias and was the soloist for numerous concerts and recitals, including a performance of Schumann’s Dichterliebe with pianist Jorg Demus. He has sung roles with Aspen Opera Theater Center, Lake George Opera Festival, Opera Theatre of St. Louis, Knoxville Civic Opera, Mississippi Opera, Chicago Opera Theater and sang a recital series in Boston and Chicago for UNICEF. Mr. Stingley has been soloist with many orchestras including the Boston Symphony Orchestra, St. Louis Symphony Orchestra, New York Chamber Orchestra, Aspen Music Festival Orchestra, Grand Rapids Symphony Orchestra and Elgin Symphony Orchestra to name a few. Among Mark Stingley's numerous awards and honors are a winner of the Nakamichi Vocal Competition, NATS Regional Grand Prize winner and finalist in the MacAllister Opera Awards among others. Concerts and recitals always have a major place on Mark’s calendar. In addition to a solo concert in Paris, France, he most recently was a featured soloist with Grand Rapids Symphony, Elmhurst Symphony, Lafayette Symphony, Park Ridge Symphony, DuPage Symphony, Elgin Symphony Orchestra and was a soloist for the world premieres of Novena and Lumen Christi by composer Nancy Galbraith. He also received rave reviews for a solo concert with orchestra and the Downers Grove Choral Society titled “An American Journey: The Songs We Love” at the Tivoli Theater in Downers Grove, IL. The versatility of Mark is exemplified in his programs with orchestra including Mahler's "Lieder eines fahrenden Gesellen", "A Salute To America", "An American Journey: The Songs We Love" and "The Big Band Hit Parade". In addition, Mr. Stingley is highly acclaimed as a National Anthem soloist for the Chicago Bulls and Chicago Bears, maintains a very successful private voice studio, and in demand as a clinician, adjudicator and teacher.
Voice Type: Baritone
Music Styles Taught: Opera; Classical; Musical Theatre
Availability: I am available as a performer; I am currently accepting private students; I am available as a clinician or presenter; I accept students through a college or university program