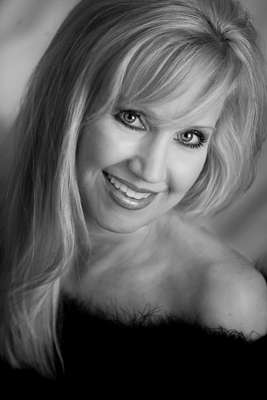 Bio: Kimberly Saunders Randall [kimberlysaundersrandall.com] Soprano Kimberly Saunders Randall has sung in concert and opera in the United States, Guam, Austria, Germany, Switzerland and Italy, and in Manila, Seoul, Bangkok, Taipei, Hong Kong, and Xi'an and Shenyang, China, where the Xi'an, China newspaper and television praised her "perfect...intoxicating performance." In Florida, she has made solo appearances with the Orlando Philharmonic Orchestra, the Bach Festival, Opera Naples, the Orlando Chorale, the Mantovani Orchestra, the Space Coast Symphony, the Messiah Choral Society and the Imperial Symphony, where she sang the role of “Elvira” in DON GIOVANNI. Regionally, she has appeared with Boston Lyric Opera, Chautauqua Opera, Des Moines Metro Opera, Opera North and Indianapolis Opera. Her solo oratorio repertoire includes Verdi’s REQUIEM, Mendelssohn’s ELIJAH, Dvorak’s TE DEUM, Mozart’s REQUIEM and Handel’s MESSIAH. Formerly a member of the voice faculties of Rollins, UCF, DePauw, ISU, and Music Theater Bavaria [musictheaterbavaria.org], Kimberly frequently adjudicates and conducts master classes on a local, regional, national and international level, and maintains a private voice studio of 40-50 students. Her students have won the Schmidt Competition, NATS Competition, and Arts for Life!, and range from middle school to professional (Disney, Voices of Liberty, choral directors, professors & opera singers), and have been accepted to leading American conservatories, such as the Eastman School of Music and Boston, New England and San Francisco Conservatories, among others. Kimberly served for two-terms as President of the Central Florida Chapter of the National Association of Teachers of Singing [cflnats.org] and Site Coordinator for the 2012 NATS National Convention in Orlando, and is on the Board of both the Festival Singers of Florida [fsof.org] and the Florida Symphony Youth Orchestra [fsyo.org] where her son, Colton, plays oboe. Ms. Randall is a native of Maine, a graduate of Smith College and Boston University and is married to baritone and UCF Opera Director, Thomas Potter.
Voice Type: Soprano
Music Styles Taught: Opera; Classical; Musical Theatre
Availability: I am available as a performer; I have a wait-list for private lessons; I am currently accepting private students; I am available as a clinician or presenter; I offer lessons in a group environment; I accept students through a college or university program