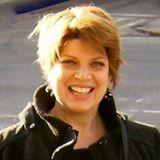 Bio: Jennifer Roderer is a regular performer at the Metropolitan Opera where she debuted as the Governess in Cyrano. Jennifer has performed with opera companies and symphony orchestras including New York City Opera, Teatro Colon, Lyric Opera of Chicago, Los Angeles Philharmonic and American Symphony Orchestra. Jennifer has given New York recitals for the Wagner Society of New York and the Austrian Cultural Forum and for the Saratoga Arts Festival. She has received grants from the William Matheus Sullivan Musical Foundation, Opera Buffs of Southern California and the Wagner Societies of New York , Los Angeles and Washington D.C. She won the Arthur E. Walters Memorial Award from Opera Index and First Place in the Opera Guild of Southern California Competition. Born in Illinois and raised in Los Angeles, Jennifer was an apprentice at Opera Pacific and has a Master of Arts degree from Hunter College in New York City and a Bachelor of Music from the University of Southern California. She is currently an Instructor of Voice at CUNY Hunter College and pursuing her DMA at the CUNY Graduate Center.
Voice Type: Mezzo-soprano
Music Styles Taught: Pop; Opera; Jazz; Folk; Gospel; Rock; Classical; Musical Theatre
Availability: I am available as a performer; I am currently accepting private students; I am available as a clinician or presenter