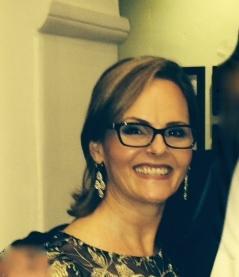 Teacher of singing since 1986; Linda Rose Linnebach is a native Southern Californian and fifth generation musician (though the first singer in a long line of instrumentalists and Kapellmeistern). She is a lyric soprano, voice teacher and breath coach, an adjudicator and clinician. In addition to her private studio she is currently an Adjunct Professor of Voice at California Baptist University, Riverside. Linda Rose continues to maintain an active interest in learning new and effective tools that help the vocal athlete discover optimal balance via a "maximum efficiency, minimum effort" ideal. To help foster this ideal, Linda Rose has become a practitioner in M.D.H. Breathing Coordination®, Myofascial Release technique (MFR) for Neck, Voice and Swallowing Disorders (laryngeal massage), Vocal Yoga® and Movement for Singers.

During her career her professional concert, oratorio, opera and operetta experiences were primarily in Austria and in the United States. A winner of numerous prestigious vocal competitions, Linda Rose became the first American singer to win the coveted “International Singer of the Year” award at the Eisteddfod Competition in Llangollen, Wales (1986). Linda Rose is honored to have performed multiple times as a soloist with Nicolaus Harnoncourt, Harmonices Mundi, the Salzburg Mozarteum Orchestra and the Brucknerbund Kammerorchestra with Thomas Doss, to name a few treasured engagements. While in living and performing in Austria, Linda Rose was also a voice professor in the Austrian Music Schools (Linz-Landesmusikschulewerk 1991-1998) and had the great fortune of working with the award-winning artistic director of Vienna’s Arnold Schönberg Choir, Erwin Ortner, where she served as the summer resident voice coach to his choral academy (Internationale Chorakademie Krems) for several years. Since returning to Orange County in 1998, in addition to maintaining a private studio, she has taught at the California Conservatory of the Arts and was honored to have served as Vocal and Artistic Director to the annual Opera Night program at the South Orange County School of the Arts for 17 years (2000-2017): an 11-week intensive opera/classical voice training program for 40-50 High School singers that culminated in 3 staged, public performances. The curriculum used in the program was especially created by Linda Rose for the young classical singer and featured specialized classes in vocal technique, Vocal Yoga®, EFT® and acting for singers, to name but a few courses taught within the Opera Night program. In this capacity, and in addition to directing and staging arias, small and large ensembles, Linda Rose also directed full productions of Gian-Carlo Menotti’s “Amahl and the Night Visitors” (2001, 2005 and 2011) and Gilbert and Sullivan’s “Pirates of Penzance” (2013). Teachers and mentors pivotal to her career include: KS Horst Günther, KS Hilde Zadek, Nina Hinson, Jane Randolph, Martin Katz, Rosemary Hyler-Ritter, Jack Metz, Wesley Balk and Lara Teeter. Linda Rose credits her teachers and mentors for their tremendous impact on her both as an individual, a performer and as a teacher. Linda Rose holds a Bachelor of Music from USC and a Master of Fine Arts in Vocal Performance from the University of California, Irvine. Additional training was received at the Wesley Balk Opera-Theater Institute in Minnesota, the Akademie für Musik und Darstellende Kunst in Vienna, Austria and the Salzburg Mozarteum, also in Austria. NATS-LA Board member (since 2017) Adjunct Professor of Voice at CBU School of music sing (since 2017) Associations: NATS, MTAC, MDHBC and HCC.

Voice Type: Soprano
Music Styles Taught: Opera; Classical; Musical Theatre
Availability: I am currently accepting private students; I am available as a clinician or presenter; I offer lessons in a group environment; I accept students through a college or university program