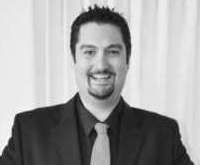 J. Adam Shelton, lyric tenor, recently served as the tenor studio artist in the inaugural year of the Madison Opera Studio program performing in Un ballo in Maschera as Il Giudice, Damon in Acis and Galatea, and covering Don Ottavio in Don Giovanni. He originated Prince Charming for Opera for the Young’s adaptation of Massenet’s Cendrillion in English. He apprenticed two seasons with Des Moines Metro Opera where he performed Elder Gleaton in Susannah with composer, Carlisle Floyd, in attendance and Rinuccio in Gianni Schicchi. He is a three-time recipient of the Ratcliffe award at the Southern Arizona Opera Guild's Quest for the Best as well as the grand prizewinner of the Amelia Reiman Opera Competition, and the second prizewinner at the Battle of the Tucson Tenors. During the 2013 – ‘14 season, Mr. Shelton will finish his doctorate at the University of Wisconsin where his dissertation, “The Singing Dream: A 21st Century Critical Edition of Tauberlieder”, explores the compositions of the great Austrian tenor, Richard Tauber. Additionally, he returns to the Opera for the Young tour as Count Almaviva in Il Barbiere di Siviglia. He looks forward to sharing the Madison Opera stage with Susanne Mentzer portraying Howard Boucher in the riveting drama Dead Man Walking in April of 2014. Between engagements, Mr. Shelton maintains a bustling private studio and recital engagements. A native of Knoxville, Tennessee, he studies with Julia Faulkner as the Wisconsin Distinguished Graduate Fellow in Voice.

As an instructor, Mr. Shelton has been teaching privately for 10 years leading students to top state honors, all-state choirs, musical roles, college auditions, scholarships, and outstanding solo opportunities! He strives to provide all students with a versatile technique that they can apply it to all genres of their musical desires!! Each student receives the personal attention and respect necessary to develop individual talents. A student’s musical independence and initiative are developed and encouraged through a balanced program of theory, technique, and repertoire.

Voice Type: Tenor
Music Styles Taught: Pop; Opera; Jazz; Folk; Classical; Musical Theatre
Availability: I am available as a performer; I have a wait-list for private lessons; I am currently accepting private students; I am available as a clinician or presenter; I offer lessons in a group environment; I accept students through a college or university program