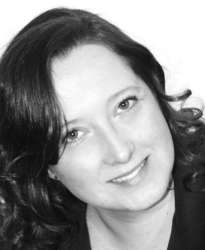 Title: Private Voice & Beginning Piano Instructor/Music Director/Soloist
Bio: CAROL J. MONEY completed a doctorate in vocal performance and opera directing from the University of Northern Colorado. While attending UNC, she appeared as a leading role in Mozart’s Don Giovanni (Donna Anna), Handel’s Xerses (Romilda) and Puccini’s Gianni Schicchi (Lauretta). Carol made her international opera debut in Bad Schwalbach, Germany, as Frasquita in Bizet's Carmen in 2005. Two years later, she made her American debut as the Sandman in DuPage Opera Theatre's 2007 production of Humperdinck's Hansel and Gretel and returned to Europe to perform the role of Frasquita once again in Germany and Holland. She returned to Europe in 2012 to perform the role of Poussette in Massenet's Manon at Versailles (Paris) and was a featured soloist in an open-air concert in Limburg, Germany. Reviewers said she left a "brilliant impression" (Nassauische Neue Presse). Other major theatrical and musical roles include Pamina (The Magic Flute), Rose (Street Scene), Gretel (Hansel and Gretel), Dorothy (The Wizard of Oz), Marian (The Music Man), Antigone (Antigone), Debbie Wastba (The Primary English Class), Alice (You Can't Take It With You), and Hedvig (The Wild Duck). Carol pursued music, drama and language studies at the University of Nebraska-Kearney, where she earned a B.A. in music and a German minor. She earned a M.M. in vocal performance and vocal pedagogy at Ohio University in Athens, Ohio, then continued with two years of additional study at the Johannes Gutenberg Universitaet in Mainz, Germany (Musikwissenschaft, Theaterwissenschaft, and Deutsche Philologie). During her studies in Mainz, she served as "Regiehospitantin" (director's assistant) for the Mainzstaatstheater's production of Strauss' Salome, sang with the Mainzer Figuralchor, and served as faculty at the Johannes Gutenberg's School of Translation, Linguistics and Culture Studies located in Germersheim. Following her studies abroad, Carol worked in the Amelia Earhart Playhouse under the auspices of the U.S. Army’s Morale, Welfare and Recreation Division (MWR) in Wiesbaden, Germany. Dr. Money currently serves as Music Director for First Presbyterian Church in Grand Island, Nebraska, and maintains a private music studio teaching private voice and beginning piano students. She actively continues her singing and is currently most heard as a recitalist.
Voice Type: Soprano
Music Styles Taught: Pop; Opera; Jazz; Folk; Classical; Musical Theatre
Availability: I am available as a performer; I am currently accepting private students; I am available as a clinician or presenter; I offer lessons in a group environment; I accept students through a college or university program