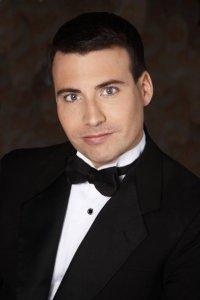 Title: Professor of Voice at Auburn University
Bio: Matthew Hoch is Associate Professor of Voice at Auburn University, where he teaches applied voice, diction, and Women in Music. Prior to coming to Auburn in 2012, he spent six years as Assistant Professor of Voice at Shorter College, where he taught applied voice, vocal literature, and served as Coordinator of Voice Studies. Dr. Hoch's students have gone on to successful careers in both classical and musical theatre genres and have won awards from the Metropolitan Opera National Council (MONC), NATS, MTNA, ACTF, the Vann Vocal Institute, and others. He has appeared as a soloist with the Oregon Bach Festival, the Santa Fe Desert Chorale, the Vox Consort, Harmonie Universelle, the Hartford, Rome, and Nashua Symphony Orchestras, the Atlanta Baroque Orchestra, and the United States Coast Guard Chamber Players. Dr. Hoch is the 2016 winner of the Van L. Lawrence Fellowship, awarded jointly by the Voice Foundation and NATS. He is the author of three books, including A Dictionary for the Modern Singer (2014), Welcome to Church Music & The Hymnal 1982 (2015), and Voice Secrets: 100 Performance Strategies for the Advanced Singer (2016), coauthored with Linda Lister. He is also the editor of the recently published So You Want to Sing Sacred Music (2017) and So You Want to Sing CCM (2018). His articles have appeared in the Journal of Singing, Journal of Voice, Voice and Speech Review, Opera Journal, Choral Journal, Chorister, Classical Singer, Journal of the International Alliance for Women in Music, and Journal of the Association of Anglican Musicians. From 2008–2016, he served as Editor-in-Chief of VOICEPrints: The Journal of NYSTA. Dr. Hoch has presented his research at many national and international conferences, including ICVT, PEVOC, PAVA, NATS, VASTA, MTNA, NOA, CMS, AGO, HICAH, SAM, NAfME, ASA, IHS, the Hymn Society of the United States and Canada, the Voice Foundation Symposium in Philadelphia, and the International Symposium on Singing and Song in St John’s, Newfoundland and Labrador. He holds the BM from Ithaca College, MM from The Hartt School, DMA from the New England Conservatory, and the Certificate in Vocology from the National Center for Voice and Speech. In 2018, he presented performances and master classes in the United Arab Emirates as was awarded the Auburn University College of Liberal Arts Teaching Excellence Award.
Voice Type: Baritone
Music Styles Taught: Opera; Classical; Musical Theatre
Availability: I am available as a performer; I have a wait-list for private lessons; I am available as a clinician or presenter; I accept students through a college or university program