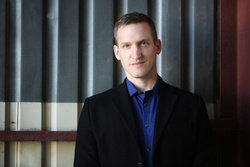 Title: Associate Professor of Music
Bio: Michael Walsh is a proud member of National Association of Teachers of Singing and the Texas Music Educators Association. He is the current President of the Greater Houston Chapter of NATS. He was Vice President of Classical auditions for Greater Houston chapter from 2016-2020. Mr. Walsh received his Bachelor of Music degree from The Cleveland Institute of Music and his Master of Music degree from the Shepherd School of Music at Rice University. The recipient of Rice’s Carlton Prize in Opera, he appeared there as Werther, Guglielmo, Count Almaviva, Marcello, Yamadori, and Silvio. After graduate school, Mr. Walsh trained as a studio artist with Central City Opera in Colorado, where he covered Dancaïro (Carmen) and sang the role of Archie Kramer in Hoiby’s Summer and Smoke, which was broadcast on National Public Radio’s ‘World of Opera.’ A former apprentice artist with Amarillo Opera, he has performed as Fiorello (Il Barbiere di Siviglia), Wagner (Faust), and the Sergeant (Manon Lescaut) with Opera in the Heights. As a member of Houston Grand Opera’s outreach ensemble, Opera to Go!, he created the title role in the world premiere of Mary Carol Warwick’s The Velveteen Rabbit and also sang Figaro in The Barber of Seville. With Opera to Go!, he has also sung in productions of Strega Nona, Rusalka, and The Daughter of the Regiment. As an apprentice with Utah Opera, he sang Hlas (Jenufa), Bolito (Illusions/Illusiones), and performed in concerts of operatic highlights with the Utah Symphony. Mr. Walsh has been an artist-in-residence with Amarillo Opera where he sang recitals throughout the Texas panhandle region, and he has sung with Ars Lyrica (La Descente d’Orphée aux Enfers) and also in Mercury Baroque’s productions of Pygmalion and Dido and Aeneas. He created the role of Jason for the world premiere of James Norman’s wake… and sang in Trouble in Tahiti for Opera Vista. For Divergence Vocal Theater he has sung Ottone in The Ottavia Project, Phaon in The Tenth Muse, and was the baritone soloist in Autumn Spectre. He sang Mad Moens in Tinsley’s Young Peer Gynt at the Round Top Festival Institute, and for Da Camera of Houston, he has performed in concerts of both Lang’s Pulitzer Prize winning The Little Match Girl Passion and Feldman’s masterpiece, Rothko Chapel. He was a member of the Grammy-nominated Houston Chamber Choir from 2007-2015 and recorded with them for their Ravishingly Russian album, the premiere recording of Colonna’s Psalmi ad Vesperae, Soft Blink of Amber Light (an album of premiere works by contemporary American composers), and the acclaimed Rothko Chapel album which was named one of the best Classical recordings of 2015 by The Chicago Tribune. During his five years on the Voice Faculty at Sam Houston State University (2011-2016), Mr. Walsh taught courses in Applied Voice, French Diction, Fundamentals of Singing, and Vocal Pedagogy. He was an adjunct professor of voice at Lone Star College-Montgomery from 2008-2017, and he taught for the Vocal Initiative Program for the Aldine Independent School District during 2016. Winner of numerous awards and prizes, including 1st place in the Ohio NATS Competition and the Virginia Starkey Award from Central City Opera, he has sung over 25 recitals for the Art Song Festival, Access to the Arts, Divergence Vocal Theater, and Lyric Opera Cleveland. His concert work has engaged him to perform throughout the United States, Canada, England, Italy, France, and Switzerland. During his training, Mr. Walsh coached his operatic roles and art song repertoire with such renowned performers as Elly Ameling, Dalton Baldwin, Joyce DiDonato, Warren Jones, William Lacey, John Moriarty, and Bo Skovhus. His primary voice teachers were Dr. Joyce Farwell, Dr. Andrea Jaber, Kathleen Kaun, Dr. Stephen King, and George Vassos. His voice students have been accepted at some of the top music schools in the United States, including the University of Cincinnati College-Conservatory of Music, Yale University School of Music, Oberlin Conservatory of Music, Northwestern University, Oklahoma City University, University of Houston, Baylor University, Berklee College of Music, Southern Methodist University, and Pepperdine University. Originally from Massillon, Ohio, Mr. Walsh was also the program director of the Young Actors Conservatory at Stages Repertory Theatre in Houston from 2013-2018. He currently is an Associate Professor of Music at Lone Star College-Montgomery and is Lead Faculty for the TEAM Division over Dance and Music. He is the Vocal Area Coordinator and teaches courses in Music Theory, Sight Singing & Ear Training, Class Voice, Diction for Singers, and Appreciating Music. In 2019, he completed Levels I-III of Somatic Voicework™ The LoVetri Method at the Baldwin Wallace Conservatory.
Voice Type: Tenor
Music Styles Taught: Pop; Opera; Jazz; Folk; Gospel; Rock; Classical; Musical Theatre
Availability: I have a wait-list for private lessons; I am available as a clinician or presenter; I accept students through a college or university program