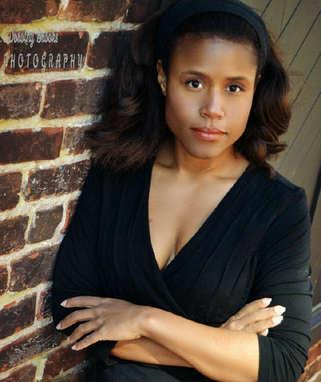 As a voice teacher and voice coach, I strive to help the student get to where they want to be vocally. For me, singing is something that brings me joy and I hope to be able to share that with you. I am a professional Opera Singer, Soloist, Cantor, Actor and Voice/Acting Teacher, that began studying vocal performance a the University of Maryland at College Park where I fell in love with singing Classical Music, jazz and began singing as a soloist. Also, while at Maryland, I acted as a section leader and voice teacher for a local choir. I also had the opportunity to work as a jazz soloist in local jazz clubs. After graduating from the University of MD, I studied voice at the University of Colorado Boulder. While in Colorado, I performed with a Women’s Choir, worked as an actor with a Theater company, performed in the Little Shop of Horrors, the opera Sarah Mckinnon, and the Magic Flute. I also learned to create performances as a recitalist.

When I returned to Maryland I continued working as a soloist, and doing choral work with the Emmy Award Winning Washington Chorus, had the opportunity to sing at the Wolf Trap and will once again in the spring. I also had an opportunity to perform in a rarely done performance of Rachmaninoff’s Aleko. In the past few years, I have been a soloist and recitalist in the Washington, DC, Maryland, and Virginia (the DMV) area. I sang with Center Stage Opera in the role of Bertha. I had the opportunity to sing and act at the Kennedy Center and will have the opportunity again this coming spring. Also during that time, I sang in the Die Zauberflöte as the Queen of the Night, Serena in Porgy and Bess, and sang in Ragtime and sang the role of the Wardrobe in Beauty and the Beast. I have sung in Chicago, Connecticut, Bloomington, IN; New York, York, PA; Philadelphia, Indianapolis, Connecticut, and Washington, DC

I am currently working on recitals and soloist work primarily. Also, I have begun working as a Cantor in the Archdioses of Washington. In addition to that, I have been teaching acting and voice lessons on a regular basis for five years. Until recently, I was singing, with the National Cathedral Choral Society, along with two other local Ensembles which I continue to work with. I have also been given the opportunity to be a Director of a recital series, I've been made the Director of Special Programs, and to direct a Children’s Gospel Choir. My students inspire me to share my joy of performance and to help them to grow and flourish as performers as well. I consider it amazing to watch them grow. I am also acting as a Producer/Executive Producer, Casting Director, Choreographer, Web Developer and singer/actor in two television shows that are being made locally. I look forward to what things the rest of the year will bring me and to taking myself and my students to the next level as the studio grows.