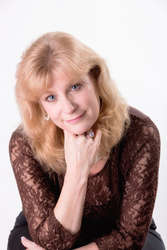 Victoria Adams is a singer, dancer,musical theater coach and vocal instructor based in Evanston, IL. She moved from Las Vegas, Nevada, where she led an extremely successful career as a performer and worked with Tony award winning Choreographer and Broadway performer, Wayne Cilento and Rock and Roll legend Mick Fleetwood to name a few.

Victoria’s love for music runs in her family. Her mother was a piano teacher and classical pianist, her brother is a flutist with the Chicago Symphony, and her aunt was an Actress who performed in movies and plays with great legends such as Burt Reynolds. Growing up as a child surrounded with music, Victoria has developed a natural ear for notes and harmony. In school she performed as the lead in plays and musicals before being recognized and asked to attend the American Musical and Dramatic Academy in New York City. While in school she continued to hone her craft in the real world, performing in cafes and theaters around New York and later went on to perform around the country as a lead singer with many production and theater companies before settling down in Las Vegas where she took on musical appearances on her own before taking on the challenge when asked to impersonate the Country Diva Reba McEntire which landed her many performances with Legends Tribute shows. Victoria also ran her own production company, Ace Entertainment Inc. A Las Vegas Premiere Theatrical and Entertainment Corporation, that organized booked and produced shows in the Las Vegas area.

As a singer and performer, Victoria always thought she could do better and how could she do just that? Helping others learn to sing! “Singing is my passion” says Victoria. It is through her experience and a realization that many voice teachers don’t have which is to show singers certain aspects of vocal technique that she wishes she had learned sooner. It would have made singing much easier.

“I’ve grown from teaching my students.” Victoria says, “It is most rewarding when your students progress and improve. When a student reaches that turning point in their voice and understands the technique to the point that singing becomes simple and fun, they begin to feel the technical tools used and sing effortlessly, the sound resonates motivating the singer to feel the true meaning of song.

” Victoria is also a champion of what she calls, “the Hinge technique.” Her students learn to use their facial muscles in a way that “lowers the breath”, staying on “pitch” and allows for them to reach a wider range on the scale without strain. In addition to this technique, Victoria also supports student’s personal growth. She helps them work on stage presence, diction, phrasing and overall confidence so that they can excel in performances. Ultimately her teachings can be described into three simple words: Feel, Relax, and Listen. “These three words are key to a great singer” she says, “you just have to listen to the music, feel the technique, relax your body and everything will fall into place.”