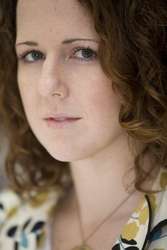 Leslie Ann Leytham is a San Diego-based mezzo-soprano who focuses much of her attention on contemporary narrative vocal works, not only as a singer and actor, but a designer, director, writer and a composer of performance art pieces. Her work draws from television, film, and opera, centering on the depiction of women in popular culture (thanks to a very bizarre youth spent living in Las Vegas). Ms. Leytham explores the intersectionality and performativity of gender, sexuality and institutional norms in the genres of pop, experimental, and operatic musical genres. Leslie seeks to consistently extend the theoretical and technical boundaries of the voice and has commissioned and premiered works by Martin Hiendl, Nicholas Deyoe, Clinton McCallum, Carolyn Chen, Marti Epstein, Andy Vores, and is currently preparing a regional premiere of a work by Austrian composer, Beat Furrer, for WasteLAnd concert series in Los Angeles. She has performed as a featured artist with CityWater Ensemble at San Francisco’s Center for New Music, The Industry Opera Company in Los Angeles, Ensemble Echoi on the Monday Evening Concert Series in Los Angeles, La Jolla Symphony under the direction of Steven Schick, and as a founding member of Boston’s Guerilla Opera Company.

Voice Type: Mezzo-soprano
Music Styles Taught: Opera; Classical; Musical Theatre
Availability: I am available as a performer; I am currently accepting private students; I am available as a clinician or presenter; I offer lessons in a group environment