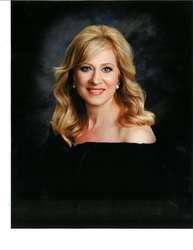 Bio: ​Los Angeles native, Lyric Soprano Michele Patzakis is a performer, director, producer and educator. Her voice has been described as a “luscious lyric soprano” in the Boston Herald, “a powerful, vibrant soprano” in the Washington Post, and she is acclaimed as a consummate singing-actress whose “voice resonates with an energy that she channels into the (character)..herself” in the New York Times. Michele made her European debut with the Theatre de la Monnaie in Brussels where she performed for many seasons and was featured in their European telecast with Baritone Jose Van Dam in Puccini’s IL TRITTICO, as Venus in Offenbach’s ORPHEE AUX ENFERS on DVD and for European telecast, and in performance as a soloist on their world premiere and recording of Pascal Dusapin’s MEDEAMATERIAL. She made her New York operatic debut with the New York City Opera where she performed for several seasons as Kathy in THE STUDENT PRINCE, Susanna in LE NOZZE DI FIGARO, and Musetta in LA BOHEME. She has performed in recital, in concert, as a soloist and in over 30 leading operatic roles across North America and Europe with the Zurich Opera, Spoleto Festivals in both Italy and Charleston, N.C., the Vienna Radio Symphony Orchestra, the Orchestra of Toulouse, Opera North, Caramoor, the Opera Company of Philadelphia, Central City Opera, and the Pacific Symphony, among many others. Dr. Patzakis held a Teaching Assistantship in the Doctoral program at the USC Thornton School of Music. She received a B.M. from the University Of Southern California School of Music and an M.M. with Distinction in Performance from the New England Conservatory. Her training included fellowships with the prestigious Tanglewood Music Center, and apprenticeships with the Opera Pacific Overture Company and Central City Opera. She received many awards, including being a National Winner of the Loren L. Zachary Awards, a Regional winner of the Metropolitan Opera Auditions, winner of The Young Artist of Future Vocal Competition and a Victor Fuchs Memorial Award, among others. Ms. Patzakis has been a judge of the Loren L. Zachary National Vocal Competition for the past twelve years, as well as serving on the Board and as the Artistic Director for their annual Viennese Operetta Program. She was an artist- in-residence and Master Teacher for the Vermont International Opera Festival. She has directed a choral program for The Colburn School and is currently working with SongFest at Colburn. Michele works as an arts consultant for WellSchooled in addition to concertizing, teaching and directing programs throughout the region.
Voice Type: Soprano
Music Styles Taught: Opera; Folk; Classical; Musical Theatre
Availability: I am available as a performer; I am currently accepting private students; I am available as a clinician or presenter; I accept students through a college or university program