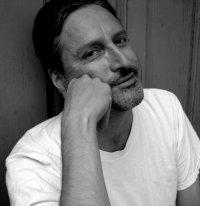 Bio: JAN McDANIEL is equally at home on the podium and at the keyboard. In the spring of 2019, he completed his twentieth year on the faculty of the Bass School of Music at Oklahoma City University, where he is Professor of Vocal Coaching and a conductor of the Oklahoma City University Opera and Musical Theater Company. In the latter capacity, McDaniel has served as musical director for the world premiere of Edward Knight’s Night of the Comets and the regional premiere of Thomas Pasatieri’s The Hotel Casablanca, along with productions such as Puccini’s La rondine and Suor Angelica, Mozart’s Don Giovanni, Verdi’s La traviata, Moore’s The Ballad of Baby Doe, Donizetti’s L’elisir d’amore, Nicolai’s Die lustigen Weiber von Windsor, Floyd’s Susannah, Rodgers and Hammerstein’s South Pacific, Flaherty and Ahren’s Seussical, Loesser’s The Most Happy Fella, Sklar’s The Wedding Singer, Schwartz’s Children of Eden, and Gershwin’s Of Thee I Sing. His 2013 production of Rossini’s Il barbiere di Siviglia was chosen as the Best Opera Production for Division III in the National Opera Association’s annual competition. Prof. McDaniel also directs the Master of Music program in Vocal Coaching, one of the only programs of its kind in the United States – providing pianists with training in style, language, diction, and teaching techniques necessary to enter the field as successful vocal coaches of opera, art song, and musical theater. It’s graduates are serving as vocal coaches in professional and academic settings across the country. McDaniel served for ten years as director of accompanying and orchestral activities at Stephen F. Austin State University in Nacogdoches, Texas. His appearances as a collaborative pianist include concerts and recitals from Germany to Japan, and he was featured as harpsichord soloist in the world premiere of Der Turmbau zu Babel with the Northwest German Philharmonic Orchestra. In 1982, Mr. McDaniel accepted a position as assistant conductor and vocal coach with the Detmold State Theater in Detmold, Germany, the largest touring opera company in that country. In association with the opera theater at SFASU, he conducted over twenty separate productions, including such works as Madama Butterfly, Cavalleria rusticana, Falstaff, Suor Angelica, Les contes d’Hoffmann, Così fan tutte, Roméo et Juliette, and La tragédie de Carmen, as well as the musicals Once upon a Mattress, The Most Happy Fella, and A Little Night Music. McDaniel has performed with such notable artists as Kristin Chenoweth, Marquita Lister, Kelli O’Hara, Susanne Mentzer, Uwe Heilmann, Yvonne Redman, and Leona Mitchell. His present and former coaching students are working worldwide in opera houses and on stages on Broadway and across the country. Mr. McDaniel is also currently serving as organist/choirmaster at Central Presbyterian Church in Oklahoma City. He was organist/choirmaster at First Presbyterian Church in Henderson, Texas, for many years, and he has led his choirs in performances of such major works as Handel’s Messiah, Dubois’s The Seven Last Words of Christ, Fauré’s Requiem, the Christmas Oratorio of Saint- Saëns, and Menotti’s opera Amahl and the Night Visitors. He leads the Central Jazz Quintet in jazz worship services each summer. McDaniel’s association with orchestras in the Southwest began in 1991, when he became conductor of the SFA University-Community Symphony Orchestra. In 1995, he was appointed music director and conductor of the newly-formed Orchestra of the Pines, a position he held for the orchestra’s first three seasons. McDaniel was a Rotary International Graduate Scholar at the Nordwest Deutsche Musikakademie in Detmold. He holds the Bachelor of Music degree in piano performance from Midwestern State University and a Master of Music degree in musicology from the University of North Texas, where he completed coursework and qualifying examinations for the Doctor of Philosophy degree. He appeared in an all-Brahms Liederabend in the Teatro Accademico in Castelfranco Veneto, Italy, and served as musical director of the Festival Lyrique de Belle-Île-en-Mer, on an island off the coast of Brittany in France. McDaniel is featured on the Albany Records release Where the Sunsets Bleed: The Chamber Music of Edward Knight. He also served for several seasons as musical director of the Key West Symphony Orchestra’s Young Artist Opera Program in Key West, Florida, and served for six years on the artist faculty of the Taos Opera Institute, where he serves as coach coordinator.