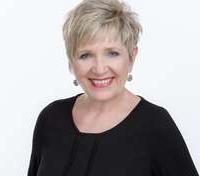 Title: Singing Teacher/Choral Director
Bio: Lisa Cosens Brillon began singing professionally at the age of 17 on the national television show, CBC Hymn Sing. Lisa studied at the Universities of Manitoba and Arizona where she earned her Bachelor and two Masters of Music degrees in Voice Performance and Music Education. She began her doctoral studies in voice performance/pedagogy and choral conducting at the University of Cincinnati. Lisa also studied and performed in New York City with the Assistant Conductor of the Metropolitan Opera and at the Mannes College of Music. For close to seven years Lisa sang with the Toronto production of The Phantom of the Opera in the role of Madame Firmin. She has performed in concert and on the opera stage in North America, Europe and Israel and notably at Avery Fisher Hall in New York City in the lead role of Elena in I Vespri Siciliani with Opera Orchestra of New York. She has received various awards and scholarships at the regional Metropolitan Opera auditions, American Jenny Lind Competition, American Teachers of Singing competition and was a finalist in the prestigious Washington International competition. Ms. Brillon founded and directs the Queenston Ladies Choir, is the organist and choir director for St. David’s Queensotn United Church, is the founder and director of the Queenston Music Camp and is the artistic director of the Niagara’s premiere show choir, The Niagara Star Singers. She is the Treasurer for NATS Ontario and the Second Vice President of the Ontario Provincial Music Festivals. Lisa resides in Queenston, Ontario where she teaches voice in her home studio. Her students have graduated from Universities in the USA and Canada in music programs, are musical theatre performers in professional and community shows, and have won the RCM Silver/Gold Medal, and excel at festivals and competitions.
Voice Type: Soprano
Music Styles Taught: Opera; Classical; Musical Theatre
Availability: I am available as a performer; I am currently accepting private students; I offer lessons in a group environment; I have a wait-list for private lessons; I am available as a clinician or presenter