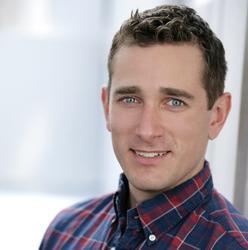 Hailed by Opera News for his “exceptional” singing, Christopher has also received acclaim for his “smooth baritone voice”, his “consistently warm sound” and his “versatile dramatic abilities”. He is a recipient of awards from the Sullivan Foundation and Gérard Souzay Competition and he was a 2014 Naumburg Competition semifinalist. His outdoor Winterize/Winterreise project with Make Music New York is described by The New York Times as "brave and, in all senses, chilling... an elegantly lean performance that would have been impressive in any context but was remarkable under these conditions."

Recent engagements in concert and opera include John Cage's Renga with the San Francisco Symphony, the title role in Handel's Saul for Trinity Wall Street's Twelfth Night Festival, performances of Schubert lieder with Chamber Music Society of Lincoln Center, a Ginastera centennial celebration with the International Contemporary Ensemble, the world premiere of Judd Greenstein's A Marvelous Order with the NOW Ensemble, the title role in Pelléas et Mélisande with Floating Opera NY, Montresor in Stewart Copeland's The Cask of Amontillado with the American Modern Ensemble, and collaborations with Mario Brunello, Jeremy Denk, Stefan Jackiw, and Gilbert Kalish, among others. Previous seasons included performances of Fariseo in Caldara's Maddalena with the American Classical Orchestra, Hannah-Before in Laura Kaminsky's As One with the Fry Street Quartet for American Opera Projects at BAM, Polyphemus in Acis and Galatea with Musica Angelica, the title role in The War Reporter at The Prototype Festival and Stanford LIVE, Henrik in A Little Night Music at Opera Theatre of Saint Louis, Dover Beach at Lake George, Winterreise at the Austrian Cultural Forum of New York and Dorothy Chandler Pavilion in Los Angeles, Kindertotenlieder and Belzhazzar's Feast with the Brooklyn Symphony Orchestra, and various recitals with pianists Thomas Bagwell, William Kelley, Christopher Reynolds, and Timothy Long. Christopher has also performed Sid in Britten’s Albert Herring with Opera Vivente, Connie in Gordon’s Grapes of Wrath at Hawaii Performing Arts Festival, and Il prigioniero in Il piccolo Marat at Avery Fisher Hall. In addition, he has toured as a soloist with the Boston Pops and Mark Morris Dance Group, and has appeared at Tanglewood, Wolf Trap, and Central City Opera. Christopher graduated magna cum laude and Phi Beta Kappa from Yale University with a B.A. in Music. He also holds an M.A. in Middle Eastern Studies from Harvard University, and a D.M.A. in Voice from The Juilliard School. He is an Assistant Professor at William Paterson University where he leads the Vocal Studies program.