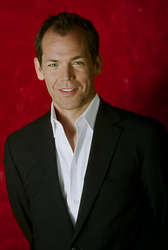 Title: Head of the Voice and Opera Division, Cleveland Institute of Music
Bio:

Dean Southern, baritone, is a member of the voice faculty and serves as Head of the Voice and Opera Division at The Cleveland Institute of Music.

He has performed in opera, oratorio and recital throughout the United States and Europe, including Carnegie Hall's Weill Recital Hall in New York, Kennedy Center in Washington, D.C., and the Festival dei Due Mondi in Spoleto, Italy. He regularly gives master classes at universities and conservatories in the US and abroad, including the Central Conservatory of Music in Beijing (China), the Kungliga Musikhögskolan (Royal College of Music) in Stockholm (Sweden), the Conservatorio Profesional de Música in Valencia (Spain), and the Interlochen Arts Academy (Michigan). His students have been accepted to prestigious young artist programs and graduate schools and awarded the Fulbright grant, and they have gone on to successful careers as performers and voice teachers.

Dr. Southern is the author of the “Distant Voices” column in Classical Singer magazine. The magazine has also published his articles “Practicing 101: Ten Tips for Making the Most of Your Time between Lessons,” “Practicing with your Mouth Shut,” the three-part series “Distant Voices: Listening to Singers of the Past,” and his interview with legendary mezzo-soprano Christa Ludwig. He frequently presents “Distant Voices: Listening to Singers of the Past”—a multimedia guided tour through the first half-century of recorded vocal history—at colleges, universities, and arts organizations across the country.

He created and performed in We Have Both for a Long Time Been Silent, which presented songs from Hugo Wolf’s Italienishes Liederbuch in the context of events from Wolf’s life with letter readings and projected photographs of Wolf-related sites in Austria, Germany, and Slovenia. Other recent performances include Lutosławski’s “Les espaces du sommeil” with the CIM Orchestra, the world premiere of Steven Mark Kohn’s “Three Impudent Arias,” and the Mainly Mozart Festival in Coral Gables, Florida.

After graduating from Luther College in Decorah, Iowa, he earned master’s degrees in piano performance from the University of Missouri as a student of Jane Allen and in voice performance from the University of Akron as a student of Clifford Billions. He holds the Doctor of Musical Arts degree in voice performance at the Cleveland Institute of Music, where he studied with Mary Schiller. Additional training includes the Santa Fe Opera Apprentice Artist Program and master classes with artists such as Evelyn Lear, Nico Castel, Sir Jonathan Miller, Warren Jones, and John Wustman. In 2015, he became Associate Director of NAPA Music Festival, a summer training program for singers based in Napa, California. From 2004 to 2014, he spent his summers on the faculty of the American Institute of Musical Studies in Graz, Austria, where he taught voice and gave the Henry Pleasants Lecture Series on historic singers. He is the current president of the Buckeye Chapter of the National Association of Teachers of Singing (NATS).