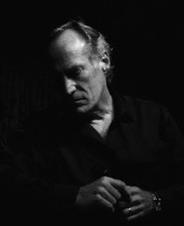 Over the past forty years Tony Partington has enjoyed a successful career as a singer, actor, producer and director. As a vocalist, he has headlined in Atlantic City, NJ, Philadelphia, and throughout the East Coast. He created the role of President Truman's Aide in the opera PAUL ROBESON: HERE I STAND by American composer Terry Hayes. He has also performed with the Curtis Institute Opera in Philadelphia and the Philmont Opera.

As an actor and singer, Mr. Partington has appeared in regional theatre, in film and television. Credits include: DEAD POETS SOCIETY, KAHN THE WARRIOR, ALL MY SONS, THE FANTASTICKS, JACQUES BREL, OH, COWARD, BERLIN TO BROADWAY WITH KURT WIELL and the World Premieres of BROADWAY TO HOLLYWOOD and A TENOR ON BROADWAY. He also starred in NBC-TV's UNSOLVED MYSTERIES.

​Mr. Partington is a member of NATS (National Association of Teachers of Singing) and the Voice Foundation. He teaches and coaches voice in his private studio.