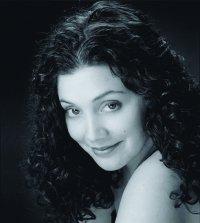 Title: Voice Area Coordinator
Bio: Anne McKee Reed, soprano, has been heard across the Pacific Northwest, performing on the opera, musical theater, and concert stages of many companies and ensembles. She was seen singing the roles of Sagredo and Marie d’Medici in Portland Opera’s production of Philip Glass’ Galileo Galilei, as well as other recent Portland Opera productions including Ravel’s L’enfant et les Sortileges (Shepherdess, Bat, and Owl), and Cavalli’s La Calisto (Satirino). Other favorite engagements include Yum-yum in Mock’s Crests production of the Mikado, having previously been featured with the same company in productions of Ruddigore (Rose Maybud), H.M.S. Pinafore (Josephine), and Merry Wives of Windsor (Ann Page). She has also been in several productions with the Broadway Rose Theatre Company including the original A Very Merry PDXmas, and Celebrate Home, and has beed a featured soloist with many NW ensembles including the Choral Arts Ensemble, Oregon Chorale, Columbia Chorale, and the Pacific Philharmonic. Ms. Reed is currently the voice area coordinator at Pacific University in Forest Grove, where she has also had the pleasure of recording original works by composer Timothy Stevens. Ms. Reed holds a Master of Music degree from Portland State University and a Bachelor of Music from the University of Redlands, and originally hails from the beautiful central coast of California.
Voice Type: Soprano
Music Styles Taught: Opera; Classical; Musical Theatre
Availability: I am available as a performer; I have a wait-list for private lessons; I am available as a clinician or presenter; I accept students through a college or university program