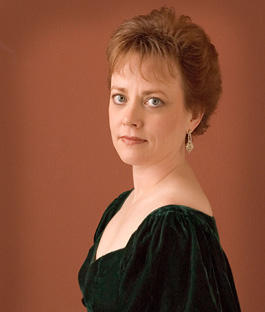 A versatile singer, soprano Laura Storm is an active performer of stage, concert and chamber repertoire. Opera and musical theater performances include the title role in Puccini’s Suor Angelica at the Amalfi Coast Music Festival in Salerno, Italy; Rosalinda in Die Fledermaus; Alice Ford in Falstaff; The Governess in The Turn of the Screw; Penelope Pennywise in Urinetown; Golde in Fiddler on the Roof; Deserée Armfeldt in A Little Night Music; and Nellie Forbush in South Pacific. She was awarded third prize in the Concurso Internacional de Canto Lírico in Trujillo, Peru which led to concerts with the Trujillo Symphony at the Municipal Theater in Trujillo and the National Museum in Lima. She has been featured as the soprano soloist in Beethoven’s Ninth Symphony with the Tallahassee Symphony and in a program of opera excerpts with the Pine Bluff Symphony. Dr. Storm is a founding member of the Storm Trio, an ensemble specializing in music for soprano, clarinet, and piano. The trio is included on the Arkansas Arts Council Arts on Tour roster, and has performed throughout the United States including concerts in California, Nevada, Texas, Wisconsin, and Tennessee. Most recently the trio premiered Michael Murray’s Penny Whistles, which was composed for them. Other chamber music highlights include Five Songs of Love by Arthur Gottschalk with the Quapaw Quartet and a performance of John Harbison’s Mirabai Songs under the direction of the composer.