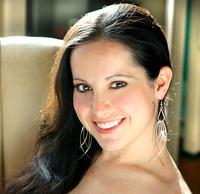 Title: Head of the Music Department, Assistant Professor of Music
Bio: Coloratura soprano Jessica Spafford has had success both nationally and abroad. She earned her doctorate in music performance, pedagogy, and literature from James Madison University in 2017. Since then, she has been teaching around the Shenandoah Valley at James Madison University, Mary Baldwin University, Bridgewater College, and Eastern Mennonite University, while maintaining a full private voice studio. In addition to her teaching career, Jessica also pursues an active performing schedule. Aside from being an avid recitalist and master class clinician, most recently she presented and sang the U.S. premiere Lauren Spavelko’s song cycle Baby Book at the Music by Women Festival in March 2018. Jessica has served as the soprano soloist on Beethoven’s Ninth Symphony, Schubert’s Mass in G with the Shenandoah Chamber Society, on songs by Elizabeth Raum and Stephen Hartke—both with the composers in residence during the JMU Contemporary Music Festivals—and as Gretel in Humperdinck’s Hänsel und Gretel with Luray Opera. In June 2016, she performed in Dresden, Germany, having been recruited to sing the Queen of the Night with the Radebeul Landesbühnen Sachsen Theater in their production of Mozart’s Die Zauberflöte. While abroad, she also performed the role of Lucy in Menotti’s The Telephone with the Mittelsächsisches Theater and spent time giving recitals in various cities in Germany and Austria. Previously, she won the Columbus Opera’s young singer competition while at Ohio Wesleyan University and performed with the Central Ohio Symphony Orchestra. She went on to earn her Master of Music degree from Duquesne University, where she studied with Sari Gruber. Other prominent teachers include Anne Kopta, Marilyn Nims, and most notably, Dorothy Maddison. Jessica has performed other numerous leading roles in her career such as Soeur Constance in Dialogues des Carmélites, Susanna in Le nozze di Figaro, Musetta in La Bohème, Rosina in Il barbiere di Siviglia, Madame Herz in Der Schauspieldirektor, and Cunegonde in Candide.
Voice Type: Soprano
Music Styles Taught: Pop; Opera; Jazz; Classical; Musical Theatre
Availability: I am available as a performer; I am currently accepting private students; I am available as a clinician or presenter; I accept students through a college or university program