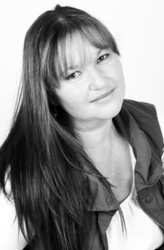 As a performer…. Kim is highly regarded and is in constant demand in many genres of music. Kim Spargo works professionally as lead vocalist in all genres of music such cabaret, music theatre, contemporary, pop, jazz, blues, gospel, classical, opera, chamber music, operetta, lied & art song. Kim has had many lead roles in musical theatre productions, been a session vocalist (backing & soloist) both studio and/or concerts for backing vocals e.g. Kate Ceberano, Teddy Tahu Rhodes, Darren Percival, Craig McLachlan, Icehouse, Wendy Mathews & Enzo Tours, and recorded many voice-overs and demo tracks for local and internationally produced music. Kim has worked alongside artistic directors Kate Ceberano and David Campbell & Barry Humphries in recent Adelaide Cabaret Festival’s. Kim has been a soloist and chorister with many Adelaide choirs including, Adelaide Chamber Singers, Adelaide Chorus, and Corinthian Singers. Kim has also been in many Opera Australia, and State Opera of SA productions over the years. Kim is also the voice behind the critically acclaimed shows by The Collected Musicians “Eva – the story of Eva Cassidy”, also “Jazz Ladies Uncorked” and “Swing to My Lulu”. Most recently in the Adelaide Cabaret Festival 2014 presenting her sell out show ‘King of Flack’ with rave reviews and is preparing an international tour of this show. Kim tours extensively and is a rare talent that moves seamlessly through any genre.

As an educator/teacher… As an educator Kim is proudly the director of Platform Academy, a performing arts school which provides unique and exciting opportunities for local performers of all ages and where students can develop to all aspects of performance including auditions – in an environment that is engaging, supportive and dedicated to bring the best out of every participant. Kim was Co-Director & Vocal Coach with Matthew Carey for both Adelaide Cabaret Festival’s ‘Class of Cabaret’ & ‘The Graduates’ for 6 years. Kim travels extensively and gives workshops and sessions in “vocal technique”, “ensemble singing”, “the power of cabaret” and “how to get the best out of the voice whilst maintaining the voice to its best health”. Kim has directed many professional Cabaret and Fringe shows and has been vocal director or musical director for many amateur productions such as Walter Ego’s, Legally Blonde, Jekyll & Hyde, Urinetown, Jesus Christ Superstar, Joseph, Grease, Thoroughly Modern Millie, Into the Woods, Aida, Which Witch?, and Cabaret to name a few. Kim is an award winning composer and arranger with the likes of Lea Salonga, Eden Espinosa, Deborah Byrne, Mark Nadler and Kate Ceberano singing her arrangements. Kim has also worked extensively with Artistic Directors, Producers and conductors such as Vanessa Scammel, Torben Brookman, David Campbell, Kate Ceberano and Barry Humphries. Kim currently, directs 3 vocal ensembles including the award winning “Voice of Transition”, which is comprised of vocal graduates of Kim. Proudly, Kim has students now performing both internationally - including the West End, Broadway, and Europe - and throughout Australia. Local graduates include 2008 Australian Idol winner Wes Carr, Sally Polihronas from Bardot and Rhys Bobridge, finalist in So You Think You Can Dance, and she currently has 2 students in this year’s edition of X factor. Kim has provided the choir for Peter & Jack starring Barry Humphries, Teddy Tahu Rhodes, Greta Bradman, Idea of North and the Adelaide Symphony Orchestra. Plus her vocal ensemble Voice of Transition has become State a Cappella Champions and has just founded Adelaide Contemporary Chorus – an ensemble specifically designed to cater for a specific show or performance for touring groups. Kim is also a highly sort after international speaker for conferences and schools working on voice production, stagecraft, vocal pedagogy, remedial vocal health, creating contemporary vocal ensembles and how to train, maintain and skilfully use the voice in all arenas, whether it is as a teacher, performer or presenter.