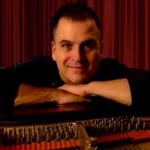 Teaching Credits: Mr Sabella is nationally recognized as a Master Teacher in Musical Theater and Contemporary Commercial Music Vocal Techniques. He is a past President of the New York Singing Teachers' Association (2008-14)l as well as Executive Director and Director on Music & Voice for The Broadway Theatre Project (2013-15), he served on the Musical Theater voice faculty at Montclair State University (2001-18). And, he has served on several otheruniversity faculties including NYU, Tisch School of the Arts, CAP21 Studio; The New School University's Mannes College Prep. Division; the State University of New York, College at Purchase and College at Newpaltz. Additionally, he has been a faculty member, author, and workshop presenter at The Voice Foundation annual symposium, and has conducted master-classes, faculty training workshops, and musical theater pedagogy seminars throughout the contiguous United States and Alaska. Mr. Sabella presented a masterclass, "Beyond Belt - Acoustics and Mechanics of the Contemporary Commercial Belt," at the 52nd NATS Conference (2012). He is also the Editor in Chief of “Cabaret Hotspot!”, an online magazine dedicated to cabaret and small venue vocal performance And, is currently writing “So Yo Want To Sing Cabaret,” as part of the So Yo Want To Sing series of books, sponsored by NATS, and published by Rowman and Littlefield. And, he is a cabaret reviewer for bistroawards.com.

He has been awarded NYSTA's Distinguished Voice Professional Certificate, having completed advanced courses in Vocal Anatomy and Physiology, Voice Acoustics and Resonance, Vocal Health for Voice Professionals, Singer's Developmental Repertoire, and Comparative Pedagogy. (these last two courses, Singer's Dev Rep and Comp Ped, are both courses that Mr. Sabella has taught for NYSTA as well). Performance Credits: On Broadway: Originated the starring role of “Mary Sunshine” in the 1996 revival of CHICAGO, with Bebe Neuwirth, Ann Reinking, and Joel Grey. He returned to the Broadway company, to appear with Melanie Griffith as Roxie Hart. And, returned as needed (1996-2006) for the Broadway and National Touring Companies. He is also appeared in workshops of Kander and Ebb's last colaberation, The Visit, with both Angela Landsbury & Chita Rivera. Off-Broadway: Currently in development with "Jules", a two person play with music about the life of Julian Eltinge. Jules was first presented at the Laurie Beechmand Theater, October, 2012.

Other Off-Bway credits: "Kiss and Make Up" at the Lucile Lortel Theater, as part of the New York International Fringe Festival, the HBO reading of "The Green Room", as well as "Hexed in The City", "Foxy", "Watch Your Step", "So Long 174th Street". and "O'Henry's Lovers" (New York Musical Theater Festival). Regional Credits: "A Little Night Music", "Seesaw", "Godspell", "Merrily We Roll Along", "The Gingerbread Lady", and "The Lisbon Traviata".

Voiceover: Several network television cartoon series, including "Peter Pan and the Pirates" for FOX and "Teacher’s Pet" for Disney.

Diskography: A full length Giulio Cesare on Koch International Label; The soundtrack to the musical CHICAGO on RCA Victor; Foxy,Watch Your Step, A Special Place and Everybody's Getting Into The Act, (all on Original Cast Recordings).

In Media: Mr. Sabella appeared twice on the Rosie O'Donnell Show and has been featured in national magazines such as Opera News, In Theater, Entertainment Weekly, A&U (Cover), OUT, and Next. After the phenomenal success of CHICAGO, David's personal caricature was unveiled (June 1998) and hangs in the world-famous theater restaurant, Sardi's.

Inquiries about Mr. Sabella’s Classes can be sent to david@davidsabella.com

Voice Type: Countertenor
Music Styles Taught: World; Pop; Opera; Jazz; Folk; Gospel; Rock; Classical; Musical Theatre
Availability: I am available as a performer; I have a wait-list for private lessons; I am currently accepting private students; I am available as a clinician or presenter; I offer lessons in a group environment; I accept students through a college or university program