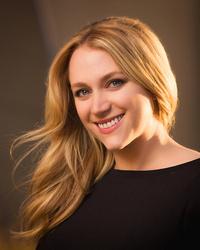 A native Coloradoan, mezzo-soprano Logan Contreras has developed a rich and varied career on the operatic and concert stages. She completed her Doctor of Music Arts in Vocal Performance from the Conservatory at the University of Missouri-Kansas City in May 2019. As a part of her doctoral studies, Dr. Contreras created the Kassia Database, a database of art song by women composers.

Voice Type: Mezzo-soprano
Music Styles Taught: Opera; Classical; Musical Theatre
Availability: I am available as a performer; I have a wait-list for private lessons; I am currently accepting private students; I am available as a clinician or presenter; I offer lessons in a group environment; I accept students through a college or university program