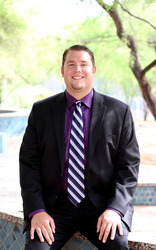 Title: Artist Associate
Bio: Bryce Is an active performer who has spent time in the pacific northwest and the southwestern region. He has sung in various operas and is an active soloist for recitals and concerts. His operatic roles include Nemorino in l’Elisir d’Amore, Nanki-poo in The Mikado, The Male Chorus in The Rape of Lucretia, Jaquino in Fidelio, Ferrando in Cosí fan tutte, Flute in Midsummer Night’s Dream, Ramiro in La Cenerentola,, and one of the two armoured men in Die Zauberflöte. Bryce spent two seasons singing with the Tucson Symphony orchestra and was a regular soloist at St. Philips in the Hills Episcopal Church. Bryce was also a regular soloist for The Sons of Orpheus and Helios Ensemble during his time in Arizona. Bryce spent a full season with Arizona Opera in the “Operatunity” program as well as singing in Rossini’s La Cenerentola with Alek Shrader and Daniela Mack. Bryce received a bachelor’s degree from Oregon State University and a Master’s degree in Vocal performance from University of Arizona. Bryce Is currently an Artist Associate at Willamette University.
Voice Type: Tenor
Music Styles Taught: Pop; Opera; Classical; Musical Theatre
Availability: I am available as a performer; I am currently accepting private students; I accept students through a college or university program