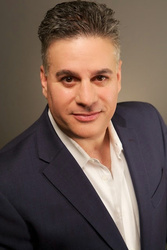 Stephen Guggenheim has been heralded as “a talent to be watched”. “His voice is a magnificent instrument, capable of great variety.” (The Herald) Described as a “tireless tenor with a commanding stage presence” (Richmond-Times Dispatch). Mr. Guggenheim’s career has taken him to the stages of the world’s greatest opera houses and concert halls. His career highlights include singing the roles of Tito in La Clemenza di Tito with Frederica von Stade at the San Francisco Opera, Edgardo in Lucia di Lammermoor also with San Francisco Opera, and Don Jose in Carmen with L’Opera de Lyon and on tour to Guam and Japan with the San Francisco Opera. Stephen originated the title role in Thea Musgrave’s Simon Bolívar with Virginia Opera and later singing selections from Simon Bolívar during the annual BBC Promenade Concerts in London’s Royal Albert Hall with the BBC Scottish National Symphony. Some of his other engagements have included singing the roles of Canio in I Pagliacci in Anchorage, Alaska; Il Duca in Rigoletto in Minnesota, California and Malta; and Rodolfo in La Boheme in California, Washington and on tour to Japan with the San Francisco Opera. He sang Achilles in the American premiere of Tippett’s King Priam under the baton of Donald Runnicles with the San Francisco Opera and Noah in the world premiere of Henry Mollicone’s Hotel Eden with Opera San Jose. Stephen was a participant in the Merola Opera Program with the San Francisco Opera where he was awarded an Adler Fellowship. Previous to his apprenticeship with the San Francisco Opera, Stephen was an Artist in Residence with Opera San Jose. He was honored as Best Leading Actor in a Musical by BroadwayWorld.com for his performance as Bill Todson in Thanks for Playing...The Game Show Show! at The Retrodome. A native of Saratoga, California, Mr. Guggenheim is a graduate of San Jose State University, the San Francisco Conservatory of Music, and Accademia Chigiana in Siena, Italy. As an educator, he teaches voice, audition technique, and musical theatre and opera appreciation privately and in musical theatre workshops for community theatres and institutions throughout California. Stephen is also an accomplished Cantor having served Temple Beth Jacob in Redwood City, California and Temple Emanu-El in San Jose, California. Stephen made his Carnegie Hall debut in 2014 singing Stephen Paulus’s To Be Certain of The Dawn. In late 2016, he was in Los Angeles to perform the role of Mayor Gronam Schmegegi in The MeshugaNutcracker!, an original musical he co-wrote and co-produced which was filmed for Fathom Events and was screened in movie theaters across the country in 2017.

Currently, Steve is the resident music director at 3 Below Theaters and Lounge in San Jose, CA - a professional theater company in downtown San Jose where he music directed and appeared in most recently, The People in the Picture and Sondheim on Sondheim.

Steve has two studios where he teaches voice - Fairfield, CA and Saratoga, CA. He is currently accepting new students.