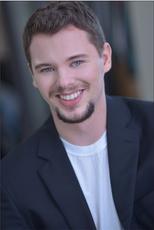 Bio: Bradley Sowell is currently a Lecturer at Georgia College in Milledgeville, Georgia. He primarily teaches major and non-major voice lessons. In addition to studio teaching, Mr. Sowell is also a classroom teacher. He teaches aural skills as well as having taught courses in diction, music appreciation, and vocal methods. Aside from being a teacher at Georgia College, he is also a music director and performer at the university. He served as music director for a fully staged production of the musical, Cabaret, by John Kander and Fred Ebb. He performs recitals regulary during the concert season as well as having been asked to be a soloist on several occasions. Mr. Sowell is an emerging recitalist and concert soloist. Most recently, he was the baritone soloist for the Georgia College Choral Ensembles’ performance of Carl Orff’s Carmina Burana. He has performed with the South Dakota Symphony Orchestra as well as the University of South Dakota Opera in roles such as Doganiere in La Bohème, Bartolo in Le nozze di Figaro, as well as Dr. Blind and Ivan in Die Fledermaus. Along with mainstage works, he has performed in a variety of opera scenes. Those roles include Dr. Falke in Die Fledermaus, Bill Corey (Belcore) in The Elixir of Love, and Golaud in Pelléas et Mélisande. Outside of performing and teaching, Mr. Sowell serves as an adjudicator for the state NATS competitions. He also reaches out to local high schools as a clinician for choirs and soloists. Mr. Sowell received his Master of Music (Vocal Performance) from the University of South Dakota and his Bachelor of Music Education (Choral Music Education) from Georgia College.
Voice Type: Baritone
Music Styles Taught: Opera; Classical; Musical Theatre
Availability: I am available as a performer; I am available as a clinician or presenter; I accept students through a college or university program