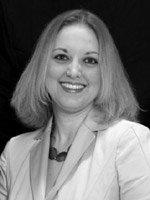 Sariah is active in the National Association of Teachers of Singing and has served as the Kansas City Chapter Treasurer and Missouri Music Educator’s Association and Missouri Choral Directors Association. She is an active member of the Kansas City Alumnae Chapter of Sigma Alpha Iota, a professional music fraternity for women, and has served as Vice-President of Membership and Chairwoman of Alumnae Projects and Vice-President Scholarships.

The vocal technique taught in Sariah’s voice studio is based on the Italian technique of appoggio breathing and the bel canto ideal, or what she prefers to define as healthy singing. This, coupled with the balance of breathing technique, diction and musicality assures the student longevity, flexibility and beauty of the voice. Her students have earned superior ratings at competitions at the district and state level and many have gone on to earn music scholarships at the collegiate level. They have been featured in numerous musical theatre and opera productions in the Kansas City Metro area.

Ms. Pinick has adjudicated various vocal competitions for the National Association of Teachers of Singing, Sigma Alpha Iota, American Kids, Inc. and the Independence Music Club. Sariah has been a Semi-Finalist for the Center for Contemporary Opera Opera Singers Competition in New York, NY. She has been the featured soprano soloist in W. A. Mozart’s Coronation Mass at Kansas City Kansas Community College’s Master Works Concert and recently performed the role of Anna Leonowens in Rodgers & Hammerstein’s The King and I with City Theatre of Independence and Dolly Levi in Hello, Dolly! at Blue Springs City Theatre. Sariah sings with the Kansas City Symphony Chorus under the direction of Maestro Charles Bruffy, including the Kansas City Symphony's record of Holst's The Planets and the inaugural season of the Kauffman Center for the Performing Arts in the Helzberg Hall. She is thrilled to have sung sing with the Kansas City Ballet fall 2012 production of Carmina Burana. Sariah enjoys singing at church services throughout the Kansas City Metro area.