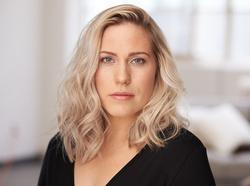 Jennifer Budd is an award-winning recording artist and celebrated vocal coach across the GTA, dedicated to telling important stories through music, drama, and dance. Budd began teaching vocals and piano 10 years ago and remains actively involved in the North American music scene. She is often praised for her equanimity and comfort level with her students, and for providing incredible vocal breakthroughs from beginner to Juno-Award winning vocal students.

After 3 years of training privately with Barbara Young (Stratford Festival), Jennifer began training with Janet Obermeyer at Redeemer University. During this time, she also trained with Brett Manning (Singing Success Founder, Nashville, TN) and his associate, Charmaine Brown for 3 years. Budd graduated from The Contemporary Music Centre in Nashville, TN in 2013, a program focused on songwriting, performing, and the music industry. In 2014 she earned her B.A. in Music Performance from Redeemer University.

Professionally, as a performer, Jennifer Budd has been working in music, film, and television for the past 4 years as a singer, songwriter, and actor. Budd released her debut album “Lip Service” in 2015, recorded at Threshold Studios (Hamilton, ON). Budd won “Best New Artist” in 2016 at the Hamilton Music Awards and was nominated for “Gospel Song of the Year” at the 2016 Canadian Gospel Music Awards. Presently, she travels between Nashville and Toronto working on her upcoming sophomore Pop album. Budd’s notable co-writes have been with Jordan Saap, Phil Barlow, Randall Kent, and Elias Dummer.

Budd’s notable performances include The Hamilton Music Awards broadcasted on CHCH, Supercrawl Hamilton (Main Stage), Maxwell’s (Waterloo, ON), Harmony Vocalist for The City Harmonic broadcasted on 100 Huntley Street, opened for Jully Black at Mills Hardware (Hamilton, ON), Resident Artist at the Poetry Jazz Café (Toronto, ON), and Mary Kay Conference (Toronto, ON) with Director, Jeff Dimitrou. Jennifer Budd is commonly featured both locally and nationally in the press, including CBC, Exclaim!, and The Hamilton Magazine.

In 2017, Budd established Théma Arts Academy in Hamilton, ON. Uniting industry professionals, with whom Budd admired and developed fruitful working relationships with, an academy was formed. In August 2018, under Budd’s leadership, Théma’s: Triple Threat Camp began its inaugural season. For an entire week, students were immersed in the performing arts. Théma aims to hone craft in singing, dancing, and acting, provide tips from industry professionals on the business side of these three disciplines, and turn amateurs into professionals.

Jennifer Budd is a member of CARAS, SOCAN, NATS, and WIMM.

Voice Type: Mezzo-soprano
Music Styles Taught: Pop; Jazz; Folk; Gospel; Rock; Classical; Musical Theatre
Availability: I am available as a performer; I have a wait-list for private lessons; I am available as a clinician or presenter; I accept students through a college or university program