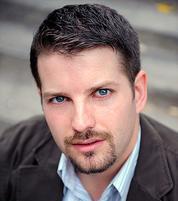 Joshua Zabatta, tenor, never imagined that singing while driving a tractor on a Montana farm, where he grew up, would eventually lead to a promising career in opera. Although originally studying for a career in broadcasting, Joshua was lured into the world of opera when he was invited to participate in the Johanna Meier Opera Theatre Institute. From that point moving forward, the realm of classical music became Joshua’s passion.

Since emerging onto the professional scene, Mr. Zabatta has been praised for his dynamic storytelling and his full, warm voice described by audiences as "audible chocolate." After a concert with the Bach Society of St. Louis, Sarah Bryan Miller of the St. Louis Post Dispatch wrote that “[Mr. Zabatta] is a terrific soloist whose performance was a great benefit to the evening.” Joshua Zabatta has made multiple solo appearances with the Bach Society, including performing the Mozart Requiem. In addition, he served as a soloist in Alban Berg’s Wozzeck with the St. Louis Symphony.

After relocating to the Colorado, Mr. Zabatta has given performances throughout the Rocky Mountain region which include the Mass in G by Carl Maria von Weber, Oratorio de Noël by Saint-Saëns, and Beethoven’s Mass in C. Last season, Joshua made his debut with Opera Colorado singing Harry in Puccini's La Fanciulla del West. Then, through engagements with Boulder Opera, Mr. Zabatta added additional roles to his repertoire: Don José in Bizet’s Carmen and Fernando in Goyescas by Granados.

Last season, Mr. Zabatta gave a concert of sacred music as part of the Bosetti Concert Series in Denver, CO, where he performed Benjamin Britten's Canticle I and Canticle II. He was also grateful to perform the roles of Harlekin and Ein Soldat in Viktor Ullmann's Der Kaiser von Atlantis with the newly formed People's Theatre of Denver. This year, Joshua Zabatta returned to Opera Colorado in the world premiere of Gerald Cohen's Steal a Pencil for Me where he sang the part of solo prisoner. He also returned to perform in the Opera Workshop of the Write The Rockies Conference in collaboration with Central City Opera. There he performed in the workshop performance the new opera, Lottie Silks. Mr. Zabatta holds music degrees from Black Hills State University and Washington University in St. Louis. He also received training in foil, epée and sabre style fighting from Mountain West Swords Academy. A resident of Golden, CO, Mr. Zabatta teaches Voice and Piano in addition to advocating for education and giving seminars throughout the Rocky Mountain region. You can follow Joshua Zabatta’s career through his web site: www.joshuazabatta.com.

Voice Type: Tenor
Music Styles Taught: Opera; Jazz; Folk; Gospel; Classical; Musical Theatre
Availability: I am available as a performer; I have a wait-list for private lessons; I am currently accepting private students; I am available as a clinician or presenter