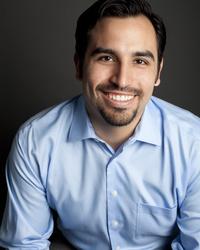 Bio: Anthony Moreno, DMA, began studying music at El Camino College with Professor Hedley Nosworthy and was able to perform solos with the ECC Symphony Orchestra, Community Choir, and Chorale and also served as President of the ECC Society of Music, an organization created by students to fund raise and help support the music program at El Camino. After ECC, he became a Bob Cole Scholar and a student of Shigemi Matsumoto at California State University of Long Beach. He made his operatic debut at CSULB in Massenet's Cendrillon and also performed roles in Mozart’s Le nozze di Figaro and Don Giovanni. In 2012, he received the California State Senate Certificate of Recognition in Performing Arts and was a regional finalist in the Metropolitan Opera National Council Auditions. He then went on to complete his Master of Music Degree at the University of Southern California, continuing his work with Shigemi Matsumoto. There, he performed roles in Monteverdi’s L’incoronazione di Poppea, Rossini’s Il viaggio a Reims, Henze’s The English Cat and in Gluck’s Iphigénie en Tauride. He was also a member of Cantos de Taos at the Taos Opera Institute’s and concluded a successful tour of Austria and Italy with Dr. Liam Doyle and multiple Grammy winner Daniel Ho. He recently obtained a Doctor of Musical Arts Degree at USC while studying with Rod Gilfry and performed in USC’s productions of Frau Schindler, Ariadne auf Naxos and Postcard from Morocco. He also performed in LA Opera’s production of Don Carlo as well as performed the role of Guglielmo in Mozart’s Così fan tutte, produced by his own startup company: LtD Opera. Dr. Moreno has brought his experiences full circle and now proudly teaches as an adjunct faculty member and applied voice teacher at CSUN and ECC.
Voice Type: Baritone
Music Styles Taught: Pop; Opera; Jazz; Folk; Rock; Classical; Musical Theatre
Availability: I am available as a performer; I am currently accepting private students; I am available as a clinician or presenter; I accept students through a college or university program