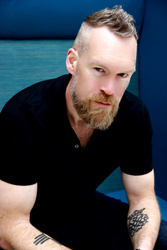 Baritone Michael Hix has been praised by critics for his “expressive voice” and “commanding stage presence.” His career highlights include performances at Carnegie Hall, Tanglewood Music Center, Boston’s Symphony Hall, and Vienna’s Musikverein.

As a musicologist, Hix received the American Musicological Society Thomas Hampson Award. This award, generously donated by the Hampsong Foundation, funded his continued research on the Lieder of Paul Dessau. In addition Hix is a Simonton Literary Prize and DAAD (Deutscher Akademischer Austausch Dienst) Research Visit grant winner. His research has been published in The Journal of Singing, VOICEPrints: The Journal of the New York Singing Teachers’ Association, The Choral Journal, and The American Theater Organ Society Journal. Hix also contributed numerous entries to the Grove Dictionary of American Music, 2nd edition published by Oxford University Press. His book An American Organist in Paris: The Letters of Orville Lee Erwin 1930-1931 was published by Scarecrow Press in 2012. Hix has presented lecture recitals on Dessau’s Lieder at the national conventions of the American Musicological Society, the College Music Society, and at the Texoma Regional NATS Conference. He has served as the President of the Rocky Mountain Chapter of the American Musicological Society.

Voice Type: Baritone
Music Styles Taught: Opera; Classical; Musical Theatre
Availability: I am available as a performer; I have a wait-list for private lessons; I am currently accepting private students; I am available as a clinician or presenter; I accept students through a college or university program