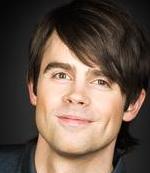 Paul believes that the ability to stand up and sing before other people is such an incredibly valuable skill, that everyone would benefit becoming at ease singing in front of an audience. No matter where you are starting from, a professional singer or complete beginner, Paul's goal is simply to help you take a quantum leap in your singing skills. He sets a pace that suits your learning style and goals and keeps you learning a lot while really enjoying your journey! Whether you are young or older, a beginner or seasoned professional singer, Paul has a passion to help you sing your very best! Learn more at www.PaulOuellette.com

Learn more at www.PaulOuellette.com In Studio or Online