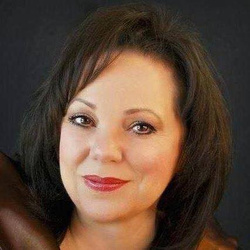 Title: Voice Teacher
Bio: LYNNE GIACALONE CHURCH has enjoyed a varied career as a soprano in the worlds of opera and musical theater. Lynne began her career after receiving her Master’s Degree in Vocal Performance at the University of Michigan, where as a student, she was reviewed by the International London Opera Quarterly calling her work as Nancy in Benjamin Britten’s, ALBERT HERRING “outstanding” and by the Detroit Free Press noting her portrayal “perfect” and her coloratura “glittering” as Gretel in HANSEL AND GRETEL. Making her professional debut with the Connecticut Opera as Antonia in MAN OF LA MANCHA directed by Dorothy Frank Danner, she has since been heard in leading roles across the country with opera companies including the Chautauqua Opera, Florida Grand Opera, Houston Grand Opera, Kentucky Opera, Lyric Opera of Dallas, and Nevada Opera. Some of the these roles have included Susanna in THE MARRIAGE OF FIGARO, Despina in COSI FAN TUTTE, Papagena in DIE ZAUBERFLUTE, Adina in THE ELIXIR OF LOVE, Musetta in LA BOHEME, Valencinne in THE MERRY WIDOW, both Casilda and Gianetta in THE GONDOLIERS and over 300 performances of Gretel in HANSEL AND GRETEL. As a resident artist at the Connecticut Opera, Lynne received the Robert E. Smith Award for outstanding singers, and at the Chautauqua Opera, she received the prestigious Elaine Laughlin Award for her work there in THE GONDOLIERS as Casilda. While singing THE GONDOLIERS in Dallas, cast in the role of Gianetta, the opening night performance was broadcast live on National Public Radio. While successful as an opera artist, Lynne has also performed the role of “Carlotta”, the Opera Diva, in Sir Andrew Lloyd Weber’s hit musical, THE PHANTOM OF THE OPERA at the Pantages Theater in Toronto,in addition to touring Canada, Alaska, Hawaii, and in residence for one year in Singapore and Hong Kong with Lloyd Weber’s production Company, The Really Useful Group, Ltd. of Australia. As a concert soloist, she has been heard with the symphonies of Chautauqua, Connecticut, Saginaw, Traverse City, and Interlochen Center For the Arts Festival Orchestra in works such as the Brahms Requiem, Mozart Requiem and Mass in C, Beethoven Symphony #9 and Missa Solemnis, Handel’s Messiah, The Seasons, Judas Maccabeus, Villa-Lobos Bachianas Brasileiras No. 5, a work for 8 celli and soprano, Verdi's Rigoletto, as well as many Opera and Musical Theater concerts. Lynne was recently featured on another NPR broadcast, this time with the Dayton Philharmonic as soprano soloist with the Dayton Philharmonic in the Mozart Requiem. With her husband as music director and conductor, she can be heard on the recording of Placido Domingo Jr.’s musical, VLAD in the female lead role of Mina produced by the great operatic tenor and conductor, Placido Domingo and Cherry Lane Music Publishers in New York City. Together with her husband, Lynne regularly performs aboard the Regent Seven Seas cruise line in a variety of concerts, both in Musical Theater and Opera styles. Lynne most recently served on the Music Theater Faculty at Elon University, the Musical Theater Faculty at Wright State University, the University of Michigan Musical Theater program at Interlochen, and currently teaches voice for the Theater Department at the Interlochen Center for the Arts while also maintaining private studios in Traverse City, MI, and New York City. Lynne is a proud member of MSVMA (Michigan Schools Vocal Music Association), where she serves as an adjudicator and clinician.
Voice Type: Soprano
Music Styles Taught: Pop; Opera; Classical; Musical Theatre
Availability: I am available as a performer; I am currently accepting private students; I am available as a clinician or presenter