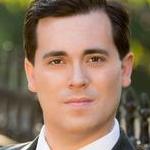 Ted Federle is a graduate of the A.J. Fletcher Opera Institute at the University of North Carolina School of the Arts he also has a MM in Voice Performance from the University of North Carolina Greensboro and a BM in Voice Performance from Bowling Green State University in Ohio. Praised as a gifted comic actor as well as a wonderful singer with a golden-tone and a dreamy legato, he is a dynamic performing artist who brings to life the drama of everything he sings.

As an educator, Mr. Federle takes pride in teaching his students healthy approaches to accomplishing their singing goals. No matter the genre of music a student is interested in he is a firm believer that there is a healthy way to do it. He also has extensive knowledge on vocal rehabilitation and recovery with singing and with speech.

Voice Type: Tenor
Music Styles Taught: Opera; Folk; Classical; Musical Theatre
Availability: I am available as a performer; I am currently accepting private students; I am available as a clinician or presenter; I accept students through a college or university program