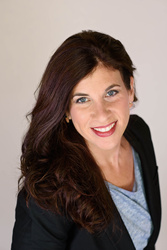 Ann Cravero has performed lead opera roles including the staged adaption of The Diary of Virginia Woolf under the direction of Håkan Hagegård honoring Dominick Argento who was in attendance (Source Song Festival), The Martha-Ellen Tye Opera Theatre at the University of Iowa, the Northland Opera Theatre, and the Rome Festival Opera in Rome, Italy. Ann also participated as an apprentice artist for the Des Moines Metro Opera. Cravero has served on the faculty of Milnes' Savannah Voice Festival, and the International Lyric Academy Italy. As a stage director, Dr. Cravero’s work has been viewed at the Prague Festival where she served as Assistant Director of Don Giovanni under the direction of Sherrill Milnes and Maria Zouves, The International Lyric Academy Italy, The City Opera Company of the Quad Cities, and at the University of Iowa under the tutelage of director Sally Stunkel. Likewise, she headed the Drake Opera Theater from 2003-2018, and recently collaborated with Michael Ching on his opera, Alice Ryley.

​Highly sought after for her interpretation of New Music, Dr. Cravero has performed with the Center for New Music in Iowa City, IA, including performances of works by Scott Dunn, Geoffrey Gordon, Bernard Rands, and Raffaele Grimaldi. Cravero also coached with Stephen Paulus and soloed two performances of his work, To Be Certain of the Dawn. In the fall of 2009 she was commissioned by the Iowa Composers’ Forum to tour IA with pianist Miko Kominami, and also premiered works for ICF in 2015. Ann has been featured on RAI TV in Italy and frequently broadcast on Iowa Public Radio.

Ann is the 2019 1st place winner of the American Prize Oratorio Award, the district winner of the National Association of Teachers of Singing Artist Award competition, and the recipient of honorable mention for the Metropolitan Opera National Council District Audition. She is the recipient of the Donald Walker Vocal Scholarship for outstanding vocal achievement at the University of Iowa, and receiver of outstanding academic achievement in the field of Music Education from Bradley University, and winner of the Bradley University Piano Concerto Competition. She is the 2019 recipient of the Vocal Pedagogy Award NATS.

She has performed in master classes with Frederica von Stade and Michèle Crider, and coached with Cheryl Studer and Richard Boldrey. Cravero recently presented Mahler's 2nd Symphony with soprano, Michèle Crider for the re-dedication of Hancher Auditorium in Iowa City at the University of Iowa under the direction of William L. Jones.

Her doctoral thesis, Contemporary Opera Scenes for Countertenor: A Stage Director’s Guide, includes new research and commentary based on operatic works by Stewart Wallace, Jeffrey Lependorf, David Johnson, Paul Barker, and one of the foremost composers of countertenor repertoire, Geoffrey Burgon. Dr. Cravero’s current research endeavor hopes to draw awareness to the vocal education of students on the Autistic Spectrum: Exceptional Students in the Voice Studio: Understanding and Training Students with Asperger’s Syndrome.

Dr. Cravero is Associate Professor of Voice at Drake University, and an active participant of The National Association of Teachers of Singing. Her voice students are National competition winners and have been accepted into prestigious programs and Graduate Schools. Ann released an album of duets with soprano Camelia Voin and pianist Nicholas Roth (‘Endless Noise’ Studio) in Santa Monica, CA.

Dr. Cravero holds the Doctor of Musical Arts and Masters of Music in Vocal Performance from the University of Iowa where she studied with Stephen Swanson and Katherine Eberle, and a Bachelor of Music Education with emphasis on Piano and Voice from Bradley University. For further information on the artist please visit anncravero.com or at https://www.facebook.com/anncraveromezzosoprano/

Voice Type: Mezzo-soprano
Music Styles Taught: Opera; Classical; Musical Theatre
Availability: I am available as a performer; I have a wait-list for private lessons; I am available as a clinician or presenter; I offer lessons in a group environment; I accept students through a college or university program