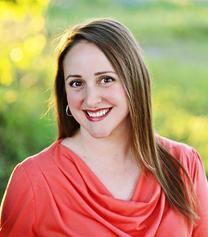 Bio: Jen Moeller is an award-winning soprano. She received her bachelor's degree in musical theatre performance from Brigham Young University (2000) and her Master’s degree in vocal performance from Queen’s University Belfast (2008). Her career has been primarily in musical theatre, and she has performed in regional theatres across the country such as the Fulton Opera House, Robert Redford’s Sundance Theatre, and Tuacahn Center for the Arts in leading roles in shows such as GUYS & DOLLS, THE KING & I, FIDDLER ON THE ROOF, and A CHRISTMAS CAROL. She has also sung at Tokyo DisneySea. Jen joined the Actors Equity Association in 2003, and is a full member of the National Association of Teachers of Singing. Since joining the voice teaching faculty at Brigham Young University in 2000, she has enjoyed maintaining a private studio whenever possible, despite several moves around the country and abroad. Jen’s students sing in top high school choirs, All-State Choirs, and receive highest rankings in the UIL Texas Regional and State Solo & Ensemble Contest. They are regularly featured in their high school musicals as well as productions at The Theatre Company. ​ She currently teaches in Bryan, where she lives with her husband, composer John Moeller, and their two daughters.
Voice Type: Soprano
Music Styles Taught: Pop; Opera; Jazz; Folk; Classical; Musical Theatre
Availability: I am currently accepting private students; I accept students through a college or university program