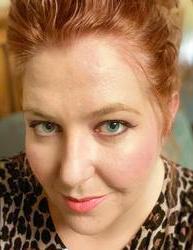 I have been a professional vocalist from the age of 16. I come from a musical family, my father was a professional bass player and vocalist, my grandfather, his father, a vocalist, my fathers aunt an opera singer and my mothers father a pianist and organ player. My older brother Stuart began playing piano and organ at the age of 5, my mother taught him to read music. You could say that music is in our DNA.

I am originally from the United Kingdom. In my early years, my brother Stuart had piano lessons, my parents focused on his music education and he began to "gig" professionally at the age of 14 in local establishments where we lived. He asked my father to join him vocally as a professional act and "The Generation Gap" was born. The Generation Gap played gigs on the South Coast of England for many years.

At this time, I was trying to figure out my place in all of the music in our household, I tried the clarinet as a natural progression to the recorder that I seemed to grasp well, but it wasn't for me, I just didn't feel connected to it. One day, whilst in the shower, my parents heard me singing a song that I learned in school and were impressed by my vocal ability. I was 13 at the time and my mother asked if I would be interested in taking singing lessons and timidly I agreed.

I was shy at first, I had a hard time singing in front of anyone, in fact I would make my parents face the wall so I wouldn't see them as I sang nervously in front of them, as any 13 year old knows, everything is embarrassing and weird at that age. I met with Makuini who was in the music scene in our local town. A New Zealand native, Makuini studied singing at St Mary's College, Auckland under Sister Mary Leo who also tutored Dame Kiri Te Kawana one of New Zealand's famous opera singers. I was fortunate to receive such great knowledge from Makuini many tools I still use today. Makuini to this day still has an awesome career as a vocalist from being cast at the London Palladium with Yul Brynner in the King and I to touring and singing most of the United Kingdom and abroad with her guitarist husband and vocalist/dancer daughter. Through Makuini I earned my certifications in singing through The Victoria College of Music, London, and music theory through The Associated Board of the Royal Schools of Music.

I started small, singing a song or two with my brother when he and my dad would gig out to eventually singing a whole set. School plays and choir would feature heavily in my life too. Theatre outside of school prepared me for the real world and I landed lead rolls in Sinbad the Sailor a pantomime, usually men play women and women play men in the lead characters and other charity events and shows.

I entered a talent competition and was spotted by a local talent scout and started my professional vocal career. I was lucky enough to be able to sing on some of England's most amazing stages singing to audiences over 2,000 people including a performance at St. James' palace in London for the Duchess Of Kent. I have recorded with Polydor & Sony songwriters as well as written my own music with my brother Stuart.

These days I tutor my own children, sing and record songs with them and help other young artists become who they want to be which is super rewarding. A Vocal Performance Coach differs from a singing teacher or vocal teacher. Not only do I teach my students the technical side of singing, breathing, and vocal exercises, I also teach them about connecting to an audience, stage presence, lyric analysis, microphone technique (in live and recorded settings), artist study and record their vocals in my home studio for analysis to learn from. I prepare my students for professional vocal careers in the contemporary and commercial world of vocal music.

Each students lesson is tailored to their unique vocal style with their own online portal for homework assignments, studio recording links and other documentation that may be needed.

Voice Type: Mezzo-soprano
Music Styles Taught: Pop; Jazz; Musical Theatre
Availability: I am available as a performer; I am currently accepting private students; I am available as a clinician or presenter; I accept students through a college or university program