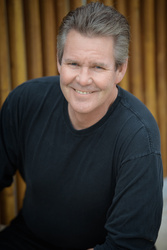 Professionally, Scott has performed in operas and musicals at home and abroad. He has sung with Chicago Opera Theatre, Whitewater Opera, The National Opera Company, and has sung leading roles with Lyric Opera San Diego productions of Mame, A Little Night Music, HMS Pinafore, Rum- plestiltskin, (world premier), The Beggars Opera, and the title role in The Barber of Seville. In Germany, Scott sang more than 700 performances as Raoul and Msr. Andre in Andrew Lloyd Webber’s The Phantom of the Opera. Being able to join together his love and training in teaching and his ongoing professional experience in his teaching studio and workshop endeavors is something that he is always excited to share. Scott Gregory started his career as an operatic baritone. He has been seen throughout the U.S. and Europe. He has sung extensively in San Diego, singing Figaro, in the The Barber of Seville, the Father in Hansel and Gretel, the Father in the world premier of Rumplestiltskin, and many others. He has been heard as Guglielmo, in Cosi Fan Tutte, Top, The Tender Land, Count Almaviva in The Marriage of Figaro, Dandini, in Cinderella, Mr. Ford in Falstaff and others.He sang almost 1000 performances of Raoul, Vis. de Chagny and Msr. Andre' in the German production of Andrew Lloyd Webber's Phantom of the Opera.

In addition to his teaching responsibilities through the Voice Studio and the NCSA, Scott is on the Voice Faculty at the University of San Diego. Scott's students have been seen on the professional stages in New York, London, and San Diego, etc. as well as in many Television shows.