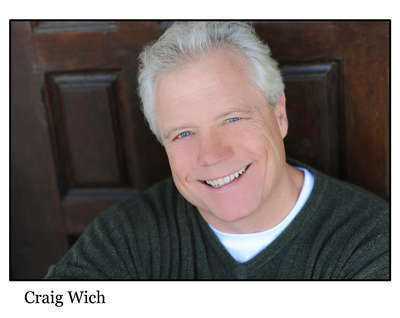 B.M. Ithaca College, M. M. Boston University. Mr. Wich has performed and directed with such notable organizations as The Boston Lyric Opera; The Friends of Dr. Burney, in Residence at the Museum of Fine Arts-Boston; Alea lll; Dinasour Annex Music Ensemble; Omnibus; Boris Goldovsky Opera; The Inside Out Opera Company; The Ithaca City Opera Company; The Waltham Symphony Orchestra; The Milford Symphony; The Fogg Museum Recital Series; King Richard’s Fair; The Library of Congress-Washington, D. C., The Castle Hill Arts Festival and the Maltz-Jupiter Theater. He has been honored to receive: The Boston University Award for Excellence in Opera; Winner in the National Association of Teachers of Singing Eastern Regional Competition and Best Actor in New York State’s Regional Competition. In addition to his performing credits, Mr. Wich is nationally renowned as a director, having founded The Opera Lab to explore the integration of music, theater and movement. As Artistic Director for The Opera Lab, he has directed critically acclaimed productions of “Dido and Aeneas”, “The Tender Land” and “The Rake’s Progress”. “…Kudos should go to Craig Wich.” Craig Wich has been doing striking work...innovative…astonishing and brilliantly executed...” The Boston Globe.

Equally versed in opera, musical theater and the dramatic arts, Mr. Wich has enjoyed performing and directing in authentic performances of traditional repertoire, opera, plays and musicals, as well as new works and experimental pieces. As a playwright, he has written and directed two original plays for PLAYWORKS at Boston University. Mr. Wich has taught and directed at Boston Conservatory, Boston University, Emerson College, Massachusetts Institute of Technology, The Longy School of Music, The Belmont School of Music, Maltz Jupiter Theatre, FL, and Stuart School of Music, FL. He has given Master Classes throughout the United States including; The Music Academy of the West at Santa Barbara, CA, American Repertory Theatre, Cambridge, MA The Massachusetts Institute of Technology, Cambridge, MA, University of California at Irvine, CA, The Walnut Hill School of Performing Arts, Boston, MA. Indian School of Music, Boston, MA.

Presently, Mr. Wich splits his time between Jupiter, FL and Boston, MA. He is currently the Director of The Craig Wich Studio of Performing Arts, in Tequesta Florida, while maintaining his teaching position as member of the voice faculty at The Boston Conservatory where he has taught since 1989. Mr. Wich is also the director of Craig Wich Studios Voice & Performing Arts in; Boston, Florida and New York, and Artistic director of The Opera Lab.

Also, Mr. Wich was awarded a grant from the National Endowment for the Arts to write an original American opera. The result was the opera “Hostage”, which was premiered at the Boston Fringe festival in 2007.

In addition to his artistic endeavors, Mr. Wich is a devoted father and a Martial Arts instructor. QUOTATIONS

“The Opera Lab is such an attractive, enterprising outfit, you can’t help admiring its pluck and inventiveness. Open minded audiences are being exposed to some fresh ad valuable new ideas.” – Lloyd Schwartz, Boston Phoenix

“I have given seminars all over the country and directed in most of the major opera houses, and what Craig Wich and his ensemble are creating is truly unique. It embodies organic developmental principles relating to the training of the performer, the creation of new pieces and new ways of performing (as well as providing a firm basis for traditional performance). Most importantly, it is establishing the nurturing environment in which all this can most fruitfully take place. The work being done at The Opera Lab is genuinely significant, and has import beyond its location in Boston. Nurturing such efforts is vital to the health of opera and music-theater in America.” — H. Wesley Balk, Professor: University of Minnesota, Director of Performer Development: Minnesota Opera Company

“I have great respect for the work of Craig Wich. He is a talented Director and a very inspired teacher. I endorse any support that might help him continue his efforts.” — Theadore Antoniou, Music Director: Alea III

“Craig Wich is one of the brightest talents I’ve encountered in opera. He is a first class musician and a stage director who combines insight and wit. He has a rare understanding of music on the stage. I expect great things from him.” — Scott Wheeler, Artistic Director: Dinosaur Annex Music Ensemble

“I worked closely with Craig Wich when he directed my opera, Embers, and I have first-hand experience of the unique combination of musicianship and theatrical expertise that he brings to the direction of opera.” ¬— Peter Child, Composer, Assistant Professor of Music: MIT

“Craig Wich’s work is not only innovative, creative, and challenging, it is work of the highest quality, substance, and integrity, and this makes all the difference. What Craig Wich can add to a person is immeasurable. He is original, he knows his art, he knows how to teach, and his contributions and insights are of genuine importance.” — Sam Headrick, Composer, Professor: Boston University

Voice Type: Baritone
Music Styles Taught: World; Pop; Opera; Jazz; Folk; Gospel; Rock; Classical; Musical Theatre
Availability: I have a wait-list for private lessons; I am available as a clinician or presenter; I accept students through a college or university program