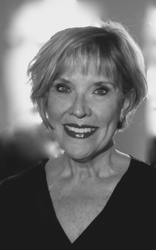 For the past three decades, Paula Baack has coached children through adult singers in addition to directing youth, collegiate and adult choral ensembles (public schools, universities, community college and church)

*Received recognition in 2015 for her work with Down Syndrome children

*Performed as singer/soloist in a gospel choir for a preview of DreamWorks "Joseph, King of Dreams"

*Master Teacher with Sedona Jazz on the Rocks, where she was a featured artist with her vocal jazz group *Directed and/or performed leading/supporting operatic and musical theatre roles in over 40 productions *Ms. Baack has been awarded nominations and awards as an outstanding actress in musical theatre productions in both Nebraska and Arizona *The Air Academy High School Choirs, under the direction of Ms. Baack have received local and state recognition. Chamber Singers, Festival Singers and Women's Ensemble have been recognized in 2015 as some of the top choirs in Colorado and will perform at the CHSAA Gala Event in Denver next May. Take Note! (jazz choir) and Out of the Blue (a cappella jazz choir) were rated SUPERIOR at the UNC Jazz Festival in 2012, 2013 and 2015. *Ms. Baack has been invited to present her paper “Assessing the Singer, Making the Choir Accountable” to the Third International Symposium on Assessment in Music Education to be held in Bremen, Germany. *BSE: double major in music education and vocal performance; MM: double major in music education and vocal performance.

*Previous choral ensemble auditioned and was invited to perform at the national MENC (Music Educators National Conference) convention *Who’s Who of American Teachers (2000 & 2004) *Who's Who in Education 2007 *Served as adjudicator/clinician in Colorado school districts 11, 20 and 38 *In July of 2006, Ms. Baack founded the Peak Performance Voice Studio in Monument, Colorado *From September, 2006 through June, 2014, there have been 146 singers who have studied with Ms. Baack