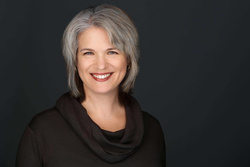 Bio: Mireille works with students of all levels, from children to adults. Her pedagogy is based in the classical tradition. She stresses the importance of being able to read music, healthy vocal technique, and ultimately the joy of communicating through song. Mireille's students are active singers in the community and many have continued their vocal studies in classical voice and musical theatre in post secondary institutions across Canada. She is a member of ARMTA, NATS (National Association of Teacher of Singing) and is an Affiliate Member of the Association for Body Mapping Educators. Mireille has a Master of Music in Vocal Performance from the University of British Columbia. She was Music Faculty at the University of Alberta’s Campus Saint-Jean from 1999 to 2012 and was on staff at Concordia University of Edmonton from 2006 to 2016 as a voice instructor, Manager and Program Coordinator of Concordia's School of Music. Mireille was a member of Edmonton's professional choir Pro Coro Canada for many years and from 2016 to 2019, was their Executive Director. In June of 2018, she was elected to the Edmonton Arts Council. Mireille has been heard on the CBC as a soloist and has appeared with the Alberta Baroque Ensemble, the Richard Eaton Singers, Pro Coro Canada, the Edmonton Metropolitan Orchestra, Concordia University Chorus and Orchestra, Opera Breve Vancouver, Western Concert Opera, Opera Lyra Ottawa, and in productions supported by Edmonton Opera. She has been heard as the inimitable Julia Child in Lee Hoiby’s Bon Appétit!, an operatic version of one of Julia’s cooking shows, which brought her critical acclaim in Vancouver and at the Edmonton Fringe. Mireille has also been presenting her cabaret Brie, Baguette and a Broad for over 10 years. In the 2013 Edmonton Fringe, the Edmonton Journal said about her performance in the critically acclaimed Lost in Montmartre, a cabaret/wake in honour of the composer Erik Satie, "...classical singer Mireille Rijavec is the sublime vocal highlight who helps you get lost in Satie's Paris."
Voice Type: Mezzo-soprano
Music Styles Taught: Opera; Classical; Musical Theatre
Availability: I am available as a performer; I am currently accepting private students; I am available as a clinician or presenter; I offer lessons in a group environment