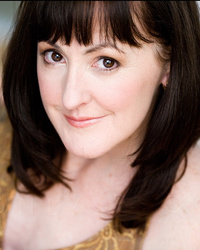 Bio: Julia Gregory is a classically trained pianist and musician as well as accomplished award-winning actress, singer, dancer, and composer. She studied music theory and piano performance at Mount Saint Mary’s College winning the distinguished President’s Award and numerous other academic scholarships. She moved to San Francisco to study with Jeanie Delgado at UC Berkeley. At that time, she began her studies in directing, musical directing, and English Literature graduating summa cum laude with a Bachelor of Arts from San Francisco State University. Soon she expanded her focus to include acting and dancing, studying at the prestigious American Conservatory Theatre (San Francisco), Berkeley and Oakland Ballet Schools, and the world re-known San Francisco Ballet Company as well as voice from Pam Fry at the San Francisco Conservatory of Music. During her years in the San Francisco Bay Area, she had the great fortune to perform in numerous classical plays and study intently her love of classic literature. Shortly after graduating, Julia moved to New York to study Shakespeare with Stuart Vaughan (Public Theater) and singing with Edward Sayegh. As a performer, Julia has performed in the Broadway, National and International Tour productions of Showboat, Joseph, My Fair Lady, A Chorus Line, West Side Story, Mame, Oklahoma, Singing in the Rain, and Damn Yankees. Regional productions include: Hamlet , Romeo and Juliet, Much Ado About Nothing, Les Liaisons Dangereuses, Agnes of God, and Dancing at Lughnasa, as well as such musicals as Mack and Mabel, Sunday In The Park With George, Song and Dance, The Boyfriend, and A Little Night Music. Her Off-Broadway credits include: An Ideal Husband, Jane Eyre, Wuthering Heights, The Secret Rapture, and Look Back In Anger. She has worked with Hal Prince, Stephen Schwartz, Jerome Robbins, George Abbott, Richard Adler, Susan Stroman, James Hammerstein, Garry Marshall, Rob Marshall, Kathleen Marshall, Jack O’Brien, Alan Johnson, and Baayork Lee. While performing on Broadway, she had the incredible opportunity to co-teach the Musical Theatre Performance Class at NYU’s TISCH School of the Arts.  She has also taught at the Lee Strasberg Institute in New York and Los Angeles, as well as numerous Master Classes all across America and Japan. She currently has a successful voice studio in Los Angeles. Julia is also an award-winning composer and has written 5 musicals: Felix & Fanny based on the lives of the famous virtuosic siblings Felix Mendelssohn and Fanny Mendelssohn Hensel. La Dame Aux Camelias based on the novel by Alexandre Dumas fil, Dracula: Sex, Blood, and Rock N' Roll  a rock musical based on the novel by Bram Stoker, Bernice Bobs Her Hair based on the short story by F. Scott Fitzgerald, and Persuasion  a chamber musical based on the novel by Jane Austen.  She is a proud member of The Dramatists Guild, AEA, SAG and AFTRA.