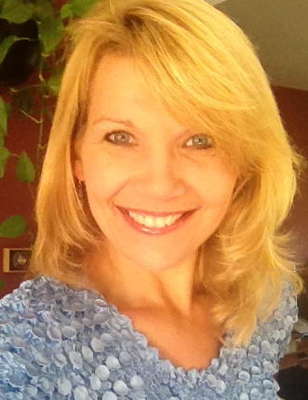 A native of St. Louis, Missouri, Wendelin has lived in Wisconsin since 2001. Prior to that, she lived and performed in San Diego, Boston and New York City.  While in Boston, she received her Master’s Degree in Vocal Performance from the New England Conservatory of Music with the honor of “Distinction in Performance”.

Wendelin has performed in numerous operas, operettas and musicals with the Skylight Opera Theatre, Sarasota Opera Company, Central City Opera Company, Chautauqua Opera Company, Brown Opera Company, Longwood Opera Company, the Moonlight Amphitheater, Paper Mill Playhouse, and the North Shore Music Theater.  Some of her favorite roles include the Countess in “Le Nozze Di Figaro”, Rosalinda in “Die Fledermaus”, Jenny Lind in “Barnum”, Guilietta in “The Tales of Hoffmann”, the and Lady Thiang in “The King & I”. Locally she performed the role of Mother Abbess in “Sound of Music” with the Port Summer Theater, and as Mother in “Ragtime” with the Menomonee Falls Patio Players. Other engagements include a Celtic Recital with the MacDowell Music Club of Milwaukee, Soprano Soloist in "The Armed Man" with the Monomonee Symphony Orchestra, and “Songs from the Heart..and Then Some”, a benefit concert for the Joplin, MO Tornado Relief Fund.

Ms. Lockett’s concert work includes performances as guest Soprano soloist with the Milwaukee Symphony,  the Menomonee Falls Symphony Orchestra, St. Peters Chorale in St Louis, San Diego Chamber Chorale, Concordia University in Irvine, the Fall River Symphony Orchestra, the Newton Choral Society, and the Masterworks Chorale in Boston, as well as a variety of concerts and recitals throughout  Wisconsin, Missouri, Maryland and Southern California. She has also performed in a number of concerts with the New York Choral Artists in concert with the New York Philharmonic Orchestra, and the Handel & Haydn Society in Boston. She the Italian Community Center in Milwaukee and on the Summerstage in Delafield. Upcoming performances include a recital at Cardinal Stritch University in November. Wendelin is a Vocal Instructor at both Cardinal Stritch Univeristy in Milwaukee, and Concordia University in Mequon, and has held a position on the Vocal Faculty at Alverno College and the Wisconsin Conservatory of Music. She is a board member of the National Association of Teachers of Singing, and currently teaches voice and piano as a private instructor, with over 15 years of teaching experience. She received her Level 3 certification in Somatic Voiceworks (™) The LoVetri Method in 2014 in the study of CCM (Contemporary Commercial Music) Styles. Her students have been winners of Exemplary Awards at the Wisconsin Solo & Ensemble Festival, the Washington County Young Artists Competition, as well as finalists in the Wisconsin NATS auditions.

Voice Type: Soprano
Music Styles Taught: Pop; Opera; Classical; Musical Theatre
Availability: I am available as a performer; I have a wait-list for private lessons; I am available as a clinician or presenter; I accept students through a college or university program