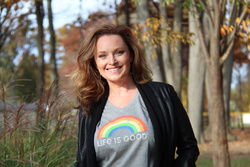 Bio: Erin studied under Anneliese Von Georken at Adelphi University and was mentored by Marie Niland Fitzgerald of Dumont, NJ. It was through Marie Fitzgerald that Erin was introduced to Richard Hundley, performing for him at a small dinner gathering, and later worked with him for nearly five years. Erin began performing at weddings, and singing funerals at the age of 17 and was picked up at a young age by the Shirley Grant talent agency for commercials and modeling. She has been teaching music for over 20 years. As a professional singer/musician, Erin has been performing throughout the tri state area for many years and brings much experience into the fine arts realm. Erin has been heavily involved in her community by acting as the musical director in local churches and public schools, and also as a softball and cheerleading coach, and a Girl Scout leader. She cares deeply about her community and her students. From all of her experience, she has developed a philosophy about teaching where she doesn't believe in "cookie cutter" lessons and doesn't dwell on requiring a student to perform for an audience. She values the personal growth and success of each individual student through her therapeutic approach to teaching music, theater and art.
Voice Type: Soprano
Music Styles Taught: Pop; Opera; Folk; Rock; Classical; Musical Theatre
Availability: I am currently accepting private students