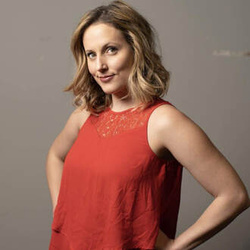 A native of Baton Rouge, Chelsea is a graduate of the Conservatory at Baldwin Wallace University (recently named #1 in the 2018-2019 OnStage rankings for Best MT Program in the Country) with a Bachelor of Music (B.M.) – Music Theatre. Her studies included classical and Musical Theater vocal techniques, music theory/sight singing, acting for stage and screen, and a range of dance disciplines. Chelsea was in the original cast of the First National Broadway Tour of Nice Work if You Can Get It, directed by Kathleen Marshall and David Eggers. She has also performed in numerous Off-Broadway and Fringe festival shows and has been seen in leading roles at regional theaters across the country. ...

Chelsea spent 6+ years in the proverbial “trenches” of New York City, training, auditioning, attending endless callbacks, and working as a professional actor. She knows the business firsthand, and is well versed in the necessary skills and preparation for success — from local community theatre to college auditions to Broadway, and everything in between. She has trained with a variety of industry professionals, such as Joan Lader (vocal coaching), Tom Burke (voice), Sherri Sanders (Pop/Rock/Rep) and Matthew Corozine (Meisner), and has auditioned for dozens of casting directors and legendary Broadway artistic teams. ...

Some of her recent credits include: The Narrator in 'Joseph and the Amazing Technicolor Dreamcoat', Mrs. Wormwood in 'Matilda', and Sister Robert Anne in 'Nunsense' at Rivertown Theaters, and Yvette in 'CLUE' at Theatre Baton Rouge.

Come study with Chelsea to… Get ready for your next audition or callback, expand your rep book with choices tailored to your voice, prepare for college auditions, dig deeper into the acting of your song in an authentic way, and/or conquer your vocal challenges!