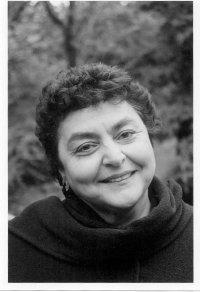 Title: Associate, Music Program, Barnard College, Columbia University
Bio: Sing with Ease and Style \n \n “A voice of surprising and unusual beauty”, and “mesmerizing performance” have been used to describe Josephine Mongiardo’s vocal and musical talent. Ms. Mongiardo’s credits include the New York stage premieres of several eighteenth-century operas, including Handel's Acis and Galatea, Esther and Susanna, as well as Lully's Acis et Galateé and virtuosic pieces by Antonio Vivaldi as part of the Vivaldi’s Venice series at Lincoln Center’s Tully Hall. An accomplished actress, she has commanded attention in such roles as Lucia, Violetta and Rosina, and as she speaks four languages, she has become a renowned recitalist and chamber music artist. Her chamber music and orchestral appearances have taken her throughout the United States, Europe and South America. \n \n She has collaborated with such renowned artists as YoYo Ma, Ani Kavafian, Gerard Schwarz and Kenneth Cooper. Her festival appearances include Santa Fe, Waterloo, Chamber Music Northwest, Arcady, Grand Canyon and Mohawk Trail Concerts. Ms. Mongiardo's diverse repertoire includes orchestral works such as Mahler's Symphony No.4, Berlioz' Les Nuits d'Eté and Strauss' Brentano Lieder as well as premieres of pieces by Seymour Barab and Wendy Chambers; she has also been featured as the narrator in Walton's Façade and as the Devil in Stravinsky's L'Histoire du Soldat as well as works by André Caplet and Douglas Moore. She can be heard on the CD Should Auld Acquaintance Be Forgot (Musical Heritage Society) and Music at Menlo performances of Verdi and Steffani. \n \n Ms. Mongiardo has a thriving teaching practice in New York City and her students have been featured at Chautauqua Opera, Seattle Opera, Lake George Opera, Opera Delaware, Center City Opera and in chamber and orchestral appearances throughout the United States. She has taught master classes and been a guest instructor at festivals and colleges throughout the United States. She teaches Introduction to Vocal Repertoire and Technique at Barnard College and Applied Voice at Columbia Teachers'College. She received her BA from Barnard College and her MA from Columbia University. \n \n She is a NYSTA Distinguished Voice Professional, having completed the Oren L Brown Professional Development Program core curriculum of Vocal Anatomy, Voice Acoustics, Developmental Repertoire, Vocal Health, and Comparative Voice Pedagogy and has presented as a Master Teacher for the Comparative Pedagogy Course. She completed a Vocology Internship at the Grabscheid Voice Center under the supervision of Dr. Peak Woo and Linda Carroll, SLP-PhD \n Ms. Mongiardo starts with the teaching of efficient vocal function emphasizing a free and easy flow of breath combined with optimum use of the vocal resonators. Elements of Alexander technique, yoga and strength training are incorporated into the work. Basic anatomy, physiology and acoustics, as they apply to singing, are explored to give the student a clear understanding of the consequences of vocal behavior. Examining how different repertoire makes different demands on the vocal mechanism and how to prepare the voice for such variety is an important aspect of the work. Elements of musical style and dramatic intention are also treated as integral to production. Though process oriented, the goal is to have a technique which allows the singer to respond readily to the myriad nuances evoked by a broad range of repertoire.
Voice Type: Soprano
Music Styles Taught: Opera; Classical; Musical Theatre
Availability: I am currently accepting private students; I am available as a clinician or presenter