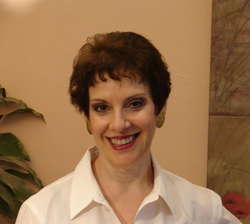 Ms. Surkin has students performing around the world in Broadway as well as classical music. She presented a vocal workshop at the Voice Foundation Symposium in Philadelphia. There she used a PowerPoint presentation given to voice teachers on “Teaching Singing to Blind or Low Vision Students”, which included the following: How Medication Affects the Singing Voice; Braille Music; Hygiene; and Various Pathologies. A demonstration voice lesson was given to two students, one with low vision and one with only light perception followed. She, also, gave this demonstration lecture at Columbia University through New York Singing Teachers Association (NYSTA) in their Master of Vocal Pedagogy Series. Most recently, the lecture was given for the doctors at Lighthouse International in New York, for their Grand Rounds Demonstration. She has also visited Shenyang, China where she gave a Vocal Master Class to the award winning Liaoning Choir.

Ms. Surkin is also certified in Levels I and II of Somatic Voicework™ The LoVetri Method at the Contemporary Commercial Music Vocal Pedagogy Institute at Shenandoah Conservatory. There, she attended classes in Vocal Health, Dysfunction/Constriction, Vocal Exercises, Aged-Based Parameters, Problem Solving, Emotions/Intentions, Language and participated in practice Modules. She is on the Board of Directors of the New York Singing Teachers Association (NYSTA) and is a member of the National Association of Singing Teachers. For NYSTA, Ms. Surkin was in the first graduating class of the Core of Knowledge Program. There she studied with master professionals in the areas of Pedagogy, Vocal Health, Anatomy, Acoustical Physics and Repertoire.

Ms. Surkin has performed the alto solos in over 30 major oratorios with orchestra in the Tri-State area, including 2 performances of the Messiah in Carnegie Hall as well as the Kennedy Center. Some of these include performances of all of the great Bach works including the St. John and St. Matthew Passion, the Magnificat; the B Minor the Christmas Oratorio and several cantatas. She has also performed the Choral Fantasy, the Mass in C and the Ninth Symphony by Beethoven, the Brahms Alto Rhapsody, Judas Maccabeus by Handel, the Mass in B Minor and Mass in Time of War by Haydn; King David by Honegger, the Elijah by Mendelssohn, the Coronation Mass; Requiem, Vesperae Solennes de Confessore by Mozart; the Stabat Mater and Messe Solennelle by Rossini, the Verdi Requiem and the Vivaldi Gloria.

Ms. Surkin’s operatic repertoire is quite extensive as well, performing in regional companies as well as locally in everything from Baroque to Contemporary operas. She had the pleasure of performing the leading role of Fanny in Elie Wiesenthal’s Angel Levine and the First Operator in the world premiere opera Sorry Wrong Number by Jack Beeson, with the Center for Contemporary Opera.

Ms. Surkin holds a Bachelor of Music Education degree from Temple University, an MA in music from New York University and a certificate in music from the Mozarteum in Salzburg, Austria. My Teaching Philosophy For all of my students, I believe in a free sound which starts with correct body alignment through the Alexander Technique and incorporating the McClosky and Linklater relaxation exercises. The most complete thoracic-epigastric and abdominal breath management would be taught for a thorough muscular event.

For my classical singers, the Italian Chiaroscuro (clear/ dark) balance of sound is taught through a poised larynx; a greater feeling of back space with a frontal resonance.

For my contemporary commercial singers, actors and dancers, I teach all of the various styles from legit, to mix to belt which must be used in order to gain employment as a Broadway performer.

Since I have participated in two internships with speech pathologists in leading hospitals in the New York area, I also work therapeutically with students with vocal pathologies.